In a report by a German welfare organisation, 13.8 million people are currently counted among the poor in the country, which is 600,000 more than before the pandemic.

Poverty in Germany has reached a record high, a situation exacerbated in part by the Covid-19 pandemic, according to a report by a German welfare organisation.

In 2021, the poverty level in the country rose to a high of 16.6 percent, a situation that could be further deteriorated by inflation, Paritatische Gesamtverband said in its report released on Wednesday.

“In Germany, 13.8 million people are currently counted among the poor, which is 600,000 more than before the pandemic,” the association said.

The Paritatische Gesamtverband follows the European Union standards, where all people whose income is below 60 percent of the median income are considered poor. The entire household net is included in the calculation, including wages, pension, unemployment, housing, and child benefits.

“The findings are shocking, and the economic effects of the pandemic now have a full impact,” Ulrich Schneider, head of the Paritatisches Gesamtverband, said.

#Poverty in Germany means living among people who take it for granted to treat the poor in a way that violates borders.
It does not necessarily mean going hungry, but experiencing what it means to be a fourth-class human being.

“Never before has a higher value been measured based on the official micro census, and never before has poverty spread as rapidly as during the pandemic.”

According to the report, there was an unusual increase in poverty among employed people, primarily the self-employed, who had to cope with financial losses in large numbers during the pandemic. The poverty rate among them increased from 9 to 13.1 percent.

In addition, an increase in the poverty rate among senior citizens on a pension (17.9 percent) and children and young people (20.8 percent) were also recorded in the report.

"In Germany I have seen just malnourished children and adults, not hungry. But with that being said, hunger is not far away,” Wolfgang Buscher, spokesman for the Christian children and youth organisation, Die Arche, told local media.

The aid organisation looks after 4,500 children in 30 facilities in Germany, Switzerland, and Poland.

More than one in five live in poverty of the 5.8 million inhabitants of the largest metropolitan area in Germany.

The report indicated that five federal states have above-average poverty rates: North Rhine-Westphalia, Thuringia, Saxony-Anhalt, Berlin, and Bremen, at the bottom, lags far behind with a poverty rate of 28 percent.

The association described the Ruhr area as “the number one problem region in terms of poverty policy”.

“The government must take action against impoverishment in the country," Jessica Tatti, the left-labor policy maker, said.

She pushed for an excess profits tax to fund people on a “tight budget".

"In this financially tense situation, we must let people get more of their hard-earned money," demanded the FDP social expert Pascal Kober. 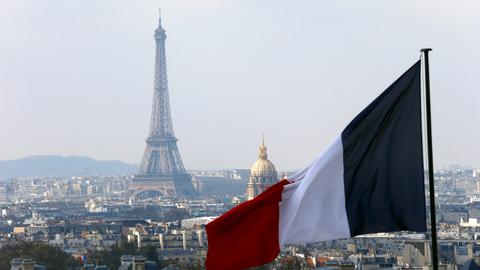