Students at a top Auckland girls' school had been told the hijab violates dress code. Now, it and several other schools are revising their headscarf policies in the wake of the March 15 terrorist attack on worshippers at two mosques in Christchurch.

An elite girls school in New Zealand's biggest city Auckland is changing its uniform policy, after facing criticism for considering the Muslim headscarf a violation of its dress code.

A teacher at Diocesan School for Girls, who wishes to remain anonymous, said that ahead of the change two Muslim students were told visible religious items were against school policy.

He said the school was not being inclusive, especially in the wake of the Christchurch terrorist attack that had led to national calls to support the Muslim community.

The principal of the private Anglican school, Heather McRae, on Thursday said the school community could propose changes to the uniform. McRae on Friday posted on the school's Facebook page that the community's response to the policy forbidding students from wearing hijabs had been overwhelming: "We value the views of our community, we have listened and are reviewing our uniform policy," she said.

"Any girl or person who wants to show their respect for Muslim families affected in Christchurch by wearing a hijab to school on this day is most welcome to do so," McRae said.

"Along with all New Zealanders, we were devastated by the events last Friday and we are thinking of the Muslim community in Christchurch and those families suffering loss."

The school observed two minutes silence on Friday afternoon as New Zealanders joined the country's Muslim community in praying for the victims of the March 15 attack that killed 50 worshippers at two mosques in Christchurch.

DIOCESAN SCHOOL UNIFORM POLICY TO ALLOW WEARING OF HIJAB Diocesan School advises that it is clarifying its intent by...

Posted by Diocesan School for Girls on Thursday, March 21, 2019

The policy change at the Diocesan School for Girls comes after students and teachers questioned the ban following the mosque attacks.

A teacher, who spoke to TRT World and does not wish to be named, said a colleague had raised concerns that the extant policy prevented some of the school’s Muslim students from wearing headscarfs.

Two of the students who enquired about wearing the hijab were told it was against school policy. They raised it with their teacher, who wasn’t aware the policy existed.

“Then we had an announcement saying there was a staff briefing,” said the teacher.

In that briefing, he says McRae told staff the policy was not something new, and that she expected them to enact it.

“She said ‘and of course, you’ve all signed onto this. I want you to support this position, not oppose it.’”

He says the teachers were stunned by the announcement from McRae.

“There was just silence. I got the feeling that people were shocked this was a thing.”

Religious or cultural items were not to be visible

Staff were told the school dress code only allowed for small religious or cultural items such as crosses to be worn underneath the students’ uniforms and not to be visible. Hence, the headscarf would violate that rule.

McRae did not respond to TRT World's repeated requests for a comment, but Friday's change in policy would be welcomed by those affected.

In a statement ahead of the revision to the headscarf ban, the school released a statement saying, “Our uniform policy is developed to help create a sense of oneness and family and is worn with pride by our students.”

“Like most school uniforms, regulations are in place to ensure the Diocesan identity is upheld, such as no wearing of jewellery or nail polish, skirt length, a requirement to tie back long hair and wear the School blazer outside school grounds, shoe styles and so on.”

Diocesan is a private Anglican school in one of the wealthiest suburbs in Auckland, New Zealand’s biggest city. Founded in 1903, it ranks as one of the top institutions in the country.

McRae has been the school’s principal since 2009, and is currently also the Chairperson of the Executive Board of the Independent Schools of New Zealand.

You're either inclusive or you're not

The teacher who spoke to TRT World says he was astounded at the timing of the original statement affirming the school's uniform policy in wake of last week’s terror attack.

"Inclusive is not a thing you do half, you’re either inclusive or you’re not,” the teacher told TRT World.

“Even a private institution should be bound by the basic rules of decency. You either respect people or you don’t.”

He says the student who first encountered the hijab policy was asked to read a poem she wrote about Islamophobia at a school assembly on Wednesday to commemorate the attack.

The poem was titled ‘Living beneath the veil’, and challenged stereotypes aimed at Muslim women in media coverage. One of the lines in the poem reads: “There is no bigger bravery, than wearing a symbol of your faith, in a world of decay.”

A copy of the poem appears to have been published on the school’s website blog two days ago and has been shared on Facebook, but a link to the page has now been taken down.

The changes also come just two days before a call by some campaigners for a ‘National Scarf Day’, encouraging women across New Zealand to wear headscarves in public as a show of support for Muslim women.

The school also said it is taking part in the solidarity event, and inviting staff and students to wear the headscarf on Friday if they wish.

Several other New Zealand schools are also revising their uniform policies in the wake of the March 15 attacks.

Among them is St Cuthbert's College. Principal Justine Mahon said individual expressions of religious belief had previously been confined to small items at the non-denominational Christian school for girls in Auckland.

"However, I believe that after last Friday, we need to follow the example of our young prime minister and show leadership," Ms Mahon said.

"If our Muslim girls at St Cuthbert's would like to wear a hijab at school, we would be supportive of that."

Baradene College of the Sacred Heart – a Catholic school in Auckland – said any Muslim girls attending the school would be allowed to wear headscarfs.

Principal Sandy Pasley said the school had talked to students who wished to wear hijabs.

"The teachers are always very supportive of the girls and keen to engage in conversation," Ms Pasley said.

"Our students learn about different religions and visited a mosque here in Auckland a few weeks ago."

Editor's note: Radio New Zealand was used as a source for this story. 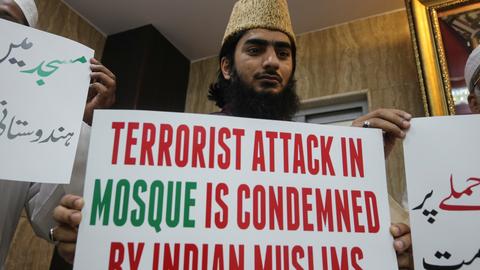 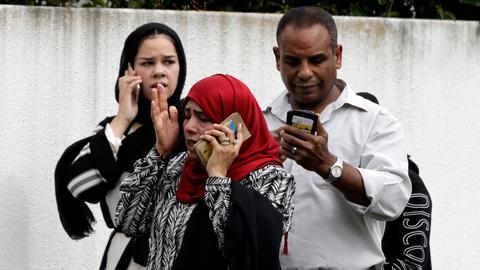 Christchurch attack: Why we should stop associating Islam with terrorism