The journey of a 60-year-old Turk who mastered the art of adorning mosques with glittering messages in the holy month of Ramadan.

As lights strung between the mosque minarets in Istanbul convey the message of “Farewell Ramadan” or Elveda ya Şehr-i Ramazan in Turkish, they also symbolise melancholy — huzun — a state of mind which denotes a reflection of Istanbul, as Muslims in Turkey go through the last days of this holy month.

Mahya — a word derived from the Persian word ‘mah’ -— is a stream of  illuminatory lights strung between the soaring minarets. It is an established and unique Ottoman tradition to illuminate the minarets of the mosques during the Ramadan nights, beaming a message across the hills of the ancient city. Since there was no electricity when the tradition first began, Mahyaci - the man who designs the script - would connect the message from one minaret to the other with ropes and olive oil lamps.

Kahraman Yildiz, a cheery man in his 60s, is one of the few remaining master mahyaci, or mahya maker, who's keeping this ancient Ottoman form of art alive. He has spent the last 45 years giving up his free time to build and form mahya, and now it seems there is no one to replace him to continue this tradition.

Sitting in his workshop in the Regional Directorate of Foundations, an old atelier full of mahya cables, Yildiz, with bulging veins in his hands, gunmetal-grey hair, a tanned face and pleasant smile, recalls his childhood when he first saw mahya.

“When I was 15 years old I was hired as an apprentice to the foundations for electrical work," he told TRT World. "One day they brought me to the Dolmabahce mosque, where I saw a bunch of cables, ropes, spools, bulbs and hooks. Munir Can, my first mahya master classified the pieces of equipment into seven groups and we repaired them one by one. We fixed the electrical tubes according to the marks that sign the places of letters as indicated in the paper. In compliance with instructions of Munir Can we were finally able to stretch the mahya, but as it was daytime we did not understand whether we arrange it correctly or not.”

Grabbing a photo from that day from his drawer, Yildiz continued: “I came back to Sultanahmet Mosque that night again. When the electric turned on, I saw the illumination saying ‘Happy Conquest’. It was the 29th of May 1975, the anniversary of Istanbul’s conquest. It was gorgeous.”

During the Ottoman Empire, a 400-year-old tradition of decoration and aesthetics, which developed in the Islamic world, is considered to be a unique practice to the Turks, particularly to Istanbulites. These signs and mahya techniques have changed over the centuries during which the socio-political transformation of the Turkish identity can be observed.

Sultanahmet Mosque, ornately decorated with 17th-century Iznik tiles and the only mosque with six minarets, was said to be the first home of mahya illuminations and the beginning of this distinguished way of art. Ismail Kara, author of Mahya: A Tradition for Muslim Istanbul, states in his book that the first mahya was stretched in Sultanahmet Mosque and it was decreed to set all Sultan mosques in Ramadan month in 1617.

Calligrapher Hafiz Kefevi, one of the muezzins of Fatih mosque, is the one who discovered the mahya for the first time. He formed an artistic framework on a large brocaded handkerchief and presented his project for the Sultan’s approval. This embroidered work was highly appreciated and it was ordered by the Sultan that these kinds of writings and pictures should be displayed between the minarets during Ramadan nights on condition that they were in compliance with Islamic rules and traditions.

Expressions such as ‘Greetings Oh Ramazan’, ‘Welcome to Ramazan’, ‘Sultan of the Eleven Months’ at the start of the month give way to others including, ‘There is no God but Allah’ and ‘Farewell Oh Month of Ramazan’ towards the end, could be seen in the Istanbul hills.

Istanbul has always been the epicentre of mahya art, and the tradition also made its way to other Ottoman capitals such as Bursa and Edirne.

In 1723, Ibrahim Pasha extended the tradition of mahya illuminations and ordered they be installed at all the imperial mosques during Ramadan. A decree was even issued for the construction of two new, two-balconied minarets at the Mosque of Eyup, as its minarets were too short to set mahya.

“Preparations for installing mahya at mosques commence 15 days before the first of Ramadan. Every year I start decorations with Eyup Sultan Mosque. I have a spiritual bond with this mosque. And it is important for me to start with a prayer to Ebu Eyyub el Ensari,” said Yildiz, as his face suddenly became serious and emotional.

Creating a mahya was a means of inscribing words against the nighttime by stringing tiny oil lamps from a rope stretched between the two minarets. In Ottoman times mahya makers would have to light and suspend hundreds of oil lamps and carefully plot letters in Arabic script.

Ramadan nights were unique occasions for society. Everybody would pour out into the streets full of people. Mahyas and candles brought joy to children, turning dark nights into great brightness.

“In the early 1600s there was no TV, newspapers, cinemas and therefore mahya was the only visual entertainment Ottomans had in that time,” Yildiz said.

At first, these illuminations were used to display a more aesthetic character, such as a flower, mosque, trumpet, bird or even diamond baklava pieces to attract attention. Later on, it passed to writing. A part of mahya expressions emphasises basic beliefs such as the 99 names of God, or the name and titles of the Prophet Muhammad. However, sometimes mahyas would lose their poetical and symbolical value.

Messages of a social and political nature also began to be used in mahyas starting from the period of the Second Constitution in 1908, when politics became part and parcel of everyday life. After the foundation of the Turkish Republic by Mustafa Kemal Ataturk, more striking mahyas were established, conveying messages of secularism and the new regime, a period characterised by the rule of the avowedly secular Republican People’s Party. As a result, mahya writing became heavily laced with political messages.

As professor Kara states in his book, that year of 1932 was a significant time in terms of policies towards asserting that Islam is the national religion of Turks and to remove all non-Turkish words from the language to reach pure Turkish. It was the critical issue of debates. Mahya texts and figures set during Ramadan were as follows: ‘Republic’, ‘Long Live Ataturk’, ‘Turk Never Give Up’. During the British rule of Cyprus in 1950, a mahya with the phrase ‘God Save the Queen’ was hung on Nicosia Selimiye Mosque.

Today the phrases are more welcoming towards Ramadan and for a long time phrases have been chosen from a list prepared by Turkey’s directorate of religious affairs. This year’s topic was selected as ‘Infaq’, which means spending from what you love, a type of charity in Islam that is given without any expectation of reward or return.

Mahya illuminations today are among the most outstanding and prominent reminders of Ramadan, with many other Islamic messages given from the minarets to Muslims.

It is a tedious task to be a mahya maker as it comes with its own responsibilities and challenges. One of these includes working at dizzying heights at the top of narrow 250-metre tall minarets, every week of Ramadan to change the messages.

“This job requires a lot of responsibility, as it comes only once in a year,” Yildiz said.

There is no formal education for mahya making. Yildiz’s grandmaster Haci Ali Ceyhan, who is considered the last mahya master of Ottoman Empire, would say to him repeatedly “the art is not something that can be learned, it only can be stolen”.

Ali Ceyhan, aka Haci Baba, became mahyaci of the Sultanahmet Mosque at the age of 14.

“I found the opportunity of being acquainted with Haci Baba who used to prepare mahyas with oil candles and establish them during the reigns of two Ottoman rulers, Sultan Reshat and Sultan Vahdettin. My master had a reclusive character and he used to live in one of Sultanahmet’s small rooms. He was the one who brought innovations to mahya art.”

Yildiz receives a sense of pleasure and joy from the impact of the mahyas.

“It is a wonderful feeling to see the mahya I’ve hung in the city and how people look up to stare at them." 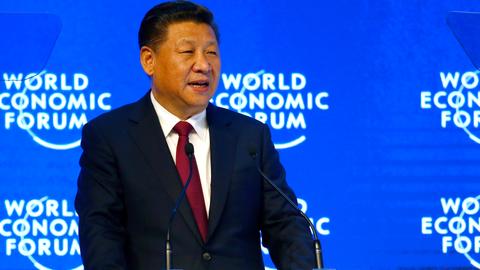 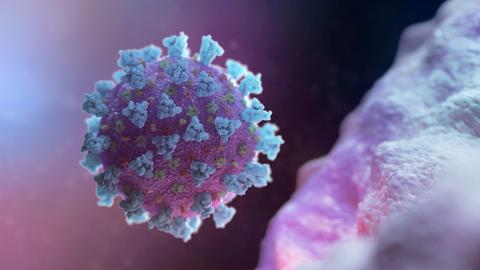