Reis's genius geographical map work was lost to time for several centuries until a part of it was discovered in 1929, indicating the science of mapping in the 16th-century Ottoman Empire was way ahead of its time.

For any historian interested in cartography, the life of Ottoman admiral Piri Reis is a compelling study of human genius. A trained polymath, he used his extraordinary mathematical skill to produce an exceptionally accurate world map in 1513, opening up new avenues and destinations for sailors, traders and pirates.

Reis, according to historians, was the first cartographer to give an accurate description of America along with a deep insight on circumnavigation of Africa as he presented his work to the Ottoman Sultan Selim I.

Unfortunately, Reis's entire body of work was lost to history, mostly due to human negligence. But four centuries later, as a part of his world map was found in the library of Istanbul's Topkapi Palace in 1929, it quickly generated immense interest from leading cartographers of the world.

In the following decades, researchers and academics built volumes of work on Reis's cartographic techniques, which allowed them to have varied yet significant interpretations of navigation.

To commemorate his contribution to nautical science, UNESCO declared 2013 as the Piri Reis Year, paving the way for several events and celebrations in Turkey and around the world to highlight his work and life history.

Reis's contribution in the matters of nautical mapping was crucial in the 16th century, an era of invincible Ottoman maritime prowess, especially during the reigns of Sultan Mehmed II, also known as Mehmed the Conqueror, and Suleiman the Magnificent.

It was during Mehmed's rule that the naval domination of the powerful Venetian forces began to look pale before the indomitable Ottoman navy. The receding influence of the Venetian navy eventually left a power vacuum in the west of the Mediterranean, which was filled by the Spanish and Portuguese navies.

Born in Gallipoli peninsula in north western Turkey, Reis's original name was Hajji Ahmed Muhiddin Piri. From his teenage years, he had a fascination for learning how to navigate the seas. Famous Ottoman historian Semseddin Ahmed, also known as Kemalpasazade, once said that Reis  "grew up in water like crocodiles in Gallipoli."

Before achieving mastery in seamanship, Reis spent much of his youth under the wing of his uncle Kemal Reis, a well-known seafarer of the time. The uncle-nephew duo fought many naval battles together and also served under the revered Ottoman admiral Barbaros Hayreddin Pasa.

His uncle Kemal Reis passed away in 1511 and Reis returned to Gallipoli to devise one of the most accurate world maps in 1513.

It was an era when Ottoman sultans encouraged their sailors to build on the science of cartography and memorise the geography of the regions they had explored in full detail, so their measurements could minimise error in the route reports.

Reis followed the advice and wrote Kitab-i-Bahriye (The Book of Navigation), in which he conveyed his observations and experiences in seafaring. His portolan-style map marked the places on earth that were discovered centuries after. It carried detailed and considerably accurate depictions of coastlines and islands of the world, forming a circular map designed on a hypothetical center with rich variety in illustrations.The map also represented the earliest cartographic record of Columbus’s oceanic voyages — a quality that makes it count among the earliest works showing Terra Australis as well the first map to depict its unique fauna.

One of its most remarkable features is that the details are similar to those only depicted in aerial photographs. This most interesting element can be found in Piri Reis' depiction of the Antarctic coasts, which only modern techniques can show have been sourced from before certain glaciers developed. It means that some of Piri Reis' sources included maps drawn up from before the ice age

His expeditions to Aegean , Adriatic , Italian, French, Spanish and Tunisian ports at different times had given Reis first-hand knowledge about the geography of the Aegean and Mediterranean seas.  In his book he used this and gave detailed geographical and naval information about these places in addition to the Peloponnese archipelago, the Adriatic coast, Venice, the Canary Islands. Kitab-ı Bahriye was written between 1521-1525. Copies of the book are available in private and public libraries in Istanbul, Berlin, Dresden, Bologna, Paris, Vienna and London.

Piri Reis depicted each port one by one and decorated his book with pictures of significant buildings found in each. He also showed shallow areas, beaches, safe harbours, cliffs, water resources and settlements. A uniqueness in both colours and style stands out on his maps. In the copy presented to the sultan, there are 290 maps of the Mediterranean and Aegean seas. In the following periods, sailors made additions to the book and expanded it further.

Later, he designed and drew his second world map in 1528-29. Mystery surrounds his long silence from 1528 until his reappearance in the mid 16th century as a captain of the Ottoman fleet in the Red Sea and the Indian Ocean.

Reis's maps present the world from a bird's eye perspective and with colourful exuberance. Although most of his work went missing due to years of neglect, the small fragments of it is a testimony that he was the most foresighted and mathematically gifted cartographer who saw the world with such clarity that his work became a reference for the future scholarship in nautical science. 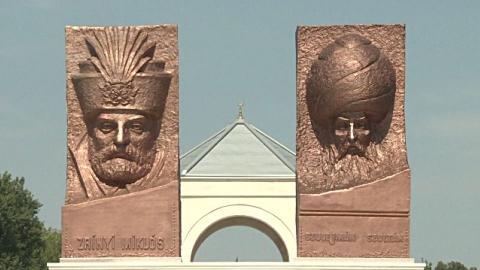