The human and financial cost of India's move to digital currency

It has been over 80 days since India changed from hard cash to a virtual economy. Yet the dramatic move has been deadly for some and many are still struggling with the digital future.

NEW DELHI - The first thing rickshaw driver Satish asks when a new passenger boards his cart is whether or not the passenger will be paying in cash. Satish, who works mostly on the streets of the congested Malviya Nagar neighbourhood of the Indian capital New Delhi, says he will only lift the ignition handle of his automated three-wheel cart and start the fare metre if the answer is "yes."

He wants to stick with the cash economy, even after the Indian government has made a dramatic push to eliminate larger bills.

"Our profession is based on cash," he told TRT World, describing why he is resisting the switch to digital money transactions. "Without cash we are doomed."

Satish struggles with technology. People like him find it hard to deal with the Indian government's radical move last year to abolish the 500 ($7.30) and 1,000 Indian rupee notes ($14.60) to encourage internet-backed mobile payments and fight "black money." Black money is any money or wealth which has not been recorded for tax purposes to authorities.

People are being told to buy expensive phones with new software to accept or transfer cash. I don't even know how to sign documents, how am I going to use a phone to accept cash from passengers? - Satish, cart driver

In Lajpat Nagar, a suburb a few kilometres south of New Delhi where residential and commercial colonies merge, Mayuri was forced to replace her domestic help with a new house maid because she no longer had a way to pay her.

"She was a migrant worker who worked at my home for a very long time," said Mayuri, who works in a publishing house and asked that her first name be withheld because she isn't authorised to speak with media.

"I didn't have cash to pay her. And she wouldn't accept cheques because she didn't have a bank account. So I borrowed some cash from a friend and paid her. She left work and moved back to her village," Mayuri said.

Stories such as these are playing out across India since November 8, when the Indian prime minister and ruling Bharatiya Janata Party (BJP) leader Narendra Modi cancelled the high-value banknotes in a surprise speech made live on national television.

In a bid to tackle tax evasion, Modi — whose 2014 campaign promise was to end corruption and black money from India — made the ambitious promise to uncover the wealth produced through illegal activities or earned legally but never divulged to the tax authorities, meant to be done within 50 days.

The demonetisation policy earned quick and widespread approval in a country where a mere 3.8 percent of working adults filetax returns.

It took just a few days, however, before things started to unravel. Millions of people rushed to banks to deposit the banknotes that had been deemed invalid. Others stood in long, meandering queues outside ATMs after it was revealed that the government suddenly withdrew 86 percent of the money supply without enough cash to replace it.

Children emptied their piggy banks before the money would become worthless. Old men and women lamented over the secret stashes of money they had saved for cremation or burial costs, which they were now forced to deposit in bank accounts.

The government set a deadline of December 31 for people to deposit the entire invalid currency notes in the banks. The government also released new 500 and 2000 rupee notes, but they were inadequate to meet the demand.

The ATM cash withdrawal limit was held at only 2,500 rupees ($36.84) for the first three weeks as ATMs were being modified to dispense the new notes. This led to a cash crunch.

Asmillions lined up to withdraw cash, many people died of exhaustion after standing for long hours in the queues. Many others died in hospital waiting rooms after medical staff refused to admit them as patients because the only money they had was now invalid. Others committed suicideafter not being able to withdraw cash after trying for days.

Not everyone suffered from the introduction of demonetisation. Private mobile payment system companies like Paytm have done remarkably well. Paytm, the system backed by the government, allows the transfer of funds into an integrated wallet via online banking, debit or credit cards. The money in the Paytm wallet can be used for goods to be purchased without using cash.

The software has glitches, however. There are complaints that the money is often taken from customers bank accounts without showing up in their e-wallets.

Almost90 percent of transactions in India are conducted in cash, and the effect has been dramatic. Job losses have been reported in theleather and textile industries, theconstruction trade,diamond-polishing factories,lock manufacturing units and theweaving looms of northern India.

Several surveys project there will be even more widespread job losses, mostly in the unorganised sectors, where the liquidity crunch has led to slower production.

The manufacturer's union All India Manufacturers' Organisation (AIMO) projected adrop in employment of 60 percent and a loss in revenue of 55 percent before March 2017, based on a survey of the companies that make up their membership.

Other groups, like the Centre for Monitoring Indian Economy (CMIE), estimate that the cost to theeconomy is around $18.79 billion during the first 50 days of demonetisation. India's building and property market is witnessing aslump too.

"It will take India five years to recover from the economic losses," Mohan Guruswamy, one of India's leading economists, told TRT World.

Guruswamy, who was a former economic advisor to the previous BJP-led government, said that the demonetisation has become a "money exchange process." He said people are simply depositing old currency and withdrawing it in new notes, but this has come at the cost of about 220 million lost jobs.

That's around 18 percent of India's population, which numbers at over a billion. India's labour industry numbers around 450 million of the workforce, about 415 million of whom are employed in the unorganised sectors. They are mostly casual workers paid in cash each day.

"These 220 million workers are the collateral damage of this [overly hasty] process The government could have stretched it for six months," he said, adding that the policy has turned into a "carpet-bombing of many vital sectors."

But the government has dismissed these surveys.

"We reject surveys with non-empirical data. If millions lost jobs, do you think politicians like me would have been able to meet people? We would have been lynched in the streets," senior BJP leader and government spokesperson Nalin Kohli told TRT World.

Kohli defended the policy to curb black money and tax evasion, saying tax collection has improved and the authorities have started to probe the source of around $60 billion deposited in banks since the high-value banknotes were withdrawn.

The "evaded or undeclared money" is part of $220 billion deposited in the banks so far.

"There is around 3 lakh crore to 4 lakh crore ($58.75 billion) of money that was previously evaded (not declared to tax authorities) but now deposited in the banks post demonetisation. We are trying to find the source of this money," Kohli said.

The Indian government conceded on Tuesday that the note ban policy had had an "adverse impact" on the economy. The acknowledgement came after the country's Economy Survey, released on the eve of the national budget, found the government's measures had slowed growth.

The government said, however, that they hope the economy would return back to normal after March, when all notes are expected to be returned to the federal bank.

It has, however, come under fire from many different sides.

Jean Dreze, a development economist who worked as an economic advisor to previous governments, said demonetisation in a booming economy is like "shooting the tyres of a racing car".

While acknowledging that many people support the policy, he argued this is based on misinformation spread by the government.

"The reason ... is that they have fallen for the government's very misleading discourse on black money," he told TRT World. "Anyone who opposes demonetisation is in danger of being accused of being corrupt or anti-national."

In some areas, the lack of cash pushed people to revert from a cash economy to the traditional barter system used by previous generations.

In the northern Indian village of Ghazipur, peopleexchanged food grains for cooking oil. In central India's Jamania village, wheat became the mostcommon currency. In some villages of southern Kerala state – where banks or ATMs are often up to 45 kilometres away – fruits and wood harvested from the forest, and fish from the river, are being bartered in exchange for basic household items.

In a country wherepoverty is alreadychronic and corruption widespread, experts say that the liquidity crisis has damaged the economy by bringing uncertainty.

Reetika Khera, who teaches economics at the Indian Institute of Technology in New Delhi, told TRT World that removing high-denomination note cannot solve the problem of the ‘black economy.'"

"At best, it removes the stock of undeclared income held as cash. To stop the generation (the flow) of black money, you need better tax enforcement," she said.

The government had expected that a large percentage of the invalid notes would never be deposited into the banks by people keen to keep their savings hidden. That assumption has proven to be misguided, however, with thousands of peoplerushing to deposit their savings into the banking system.

Critics of the demonetisation policy said the entire exercise will only affect six to ten percent of the total amount of black money. That's the amount held in cash. The policy will therefore have little impact on 90 percent of black money, which is held in gold, real estate, and foreign currency.

The Associated Chambers of Commerce and Industry of India (Assocham), a private non-profit group of business chambers and trade associations, has taken the same stance, arguing that the demonetisation policy cannot eliminate the ill-gotten wealth converted into these assets in the group's latestreport.

One of the greatest aspects of the policy, government officials said, has been to encourage so many people to move from a cash economy to digital banking.

"Digitalisation is the greatest outcome of this policy," the BJP spokesperson said.

"Around 72 million phones were purchased in the last seventy days only to access free high-speed internet offered by the Reliance Group," he said.

The government argued that the shift to a digital economy will remove bureaucracy and corruption by making all transactions more transparent.

Around950 million Indians lack internet access. Some 600 million Indians still don't even havebank accounts. Out of the total number of cell phone owners, only about 26 percent have smartphones, which are vital to run payment apps.

Critics say the government ignored these aspects before launching the demonetisation policy.

There are alsofears that all the digital transactions will make India an easier target for cybercriminals.

"Even Hillary Clinton's email was a target of hackers. Did it stop the world from accessing the internet?" he said. "Normalcy will be back soon."

Although fans of the ban on cash and those allied with the ruling BJP argue that the policy will make long-term windfall gains, few would refute the reality that demonetisation has caused heavy losses across the country, both in human and financial terms.

Baba Umar is an Online Journalist with TRT World. 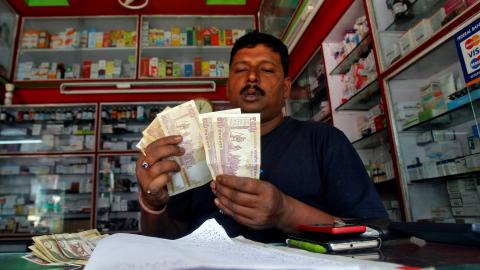 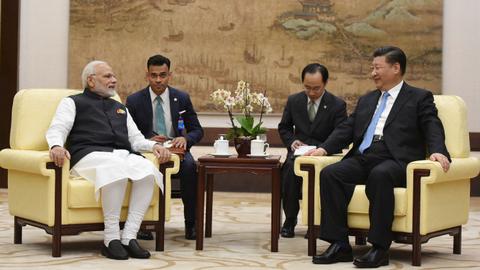 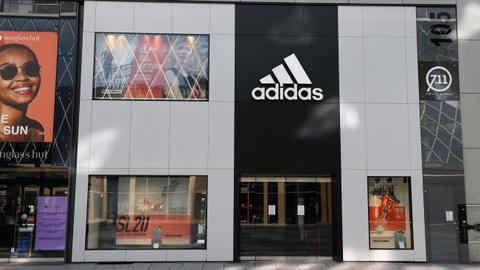 Adidas and H&M not able to pay rents in Germany 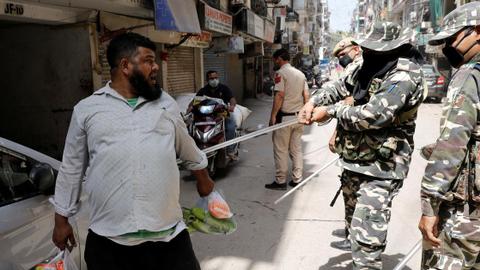 Why are police in the Indian Subcontinent humiliating quarantine violators? 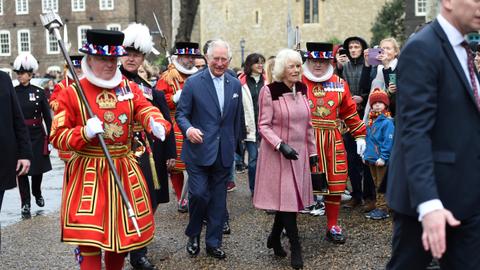 Is coronavirus the great equaliser? 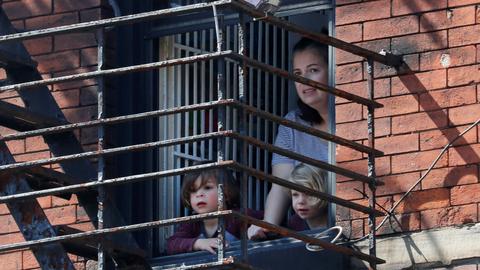 Things to do at home with children during the coronavirus pandemic