The Price of Protest | Storyteller

1
Somalia's political wrangling raises the spectre of violence
2
Can France rely on allies for support against Washington?
3
UK's driver shortage caused shutdowns of oil stations
4
Is Biden's pledge to donate 500m vaccine doses too little, too late?
5
What will come of the EU’s migration policies in a post-Merkel era?

The United States is the home of free speech. And at the same time, a deeply patriotic country. What happens when these values clash? That is the story of Colin Kaepernick. From football hero to most hated athlete in the nation.

[NOTE: Due to copyrights, the full film will be removed on April 19.]

It’s “Military Night” at the Qualcomm Stadium in San Diego in September 2016, hundreds of soldiers are standing on the field, solemnly holding the US flag. As it is customary in the US, when the first notes of the national anthem resound, the entire stadium rises – almost. On the field, two men kneel down. And all of a sudden a whole country is wrapped up in a heated debate about racism and national identity.

The kneeling of these men is a gesture with incredible political power. In the era of Trump, the US probably hasn’t been so politicized since Vietnam. A nation torn between openness and exclusion, progressives and conservatives, White and non-White. The political climate is toxic and highly explosive. The massacre in a church in Charleston, where nine African-Americans were murdered by a white terrorist, wasn’t long ago. Since 2013, a long series of cases have been in the media spotlight, in which White policemen are harassing, abusing, even killing unarmed Black people – and most of the time, they are not convicted. Under the motto “Black Lives Matter” the resistance forms.

Colin Kaepernick, a quarterback for the San Francisco 49ers, didn’t want to keep watching in silence either. He would no longer rise for the national anthem of a country that allows such injustices. And, unlike many other Black people, he had a platform: the football stadium with dozens of TV cameras and millions of viewers nationwide. What happens here reaches the masses. As he explained in an interview after the game, “I’m going to continue to stand with the people that are being oppressed. There’s a lot of things that need to change. One specifically is police brutality. There are people being murdered unjustly and not being held accountable. That’s not right.”

A symbol against racism, against social injustice, against violence. But for many conservatives in the US, this was treason. It was election season: Clinton vs Trump. And Colin Kaepernick soon had a powerful and loud enemy. Donald Trump uses the heated atmosphere building around the quarterback for his campaign. During a campaign appearance, Trump hypes up the masses to a hollering ecstasy when he yells into the mic: “Wouldn’t you love to see one of these NFL owners, when somebody disrespects our flag, to say: "Get that son of a bitch off the field right now, out, he’s fired! He’s fired!‘”

Colin Kaepernick knew what he was risking with his protest. To be political in a world dominated by sponsorship money and ad contracts can have serious consequences. After his contract ended, Kaepernick was left without a job – and to this day, none of the exclusively White club owners has dared to sign the quarterback who, after all, nearly won the Super Bowl not too long ago.

Researching the life story of this courageous athlete and activist has moved me deeply. Born the child of a destitute teenager, abandoned by his father, raised by White adoptive parents, Kaepernick learned early on what it means to be Black in a White World. A boy who had that one, big dream since childhood: to become a football star. But who was ready, through all the injustices he had to witness in his home country, to put absolutely everything on the line.

The murder of George Floyd in March 2020 has shown the world again how deep-rooted the problems of systemic racist violence in the US are. But Floyd is only one of countless victims in a harrowing series of fatal police brutality. Many don’t want to see these problems. Or at least they want a rest from such politics when they’re sitting in front of their TV, watching sports. But we must not close our eyes. And White America mustn’t either. Many have criticized Kaepernick, that he politicized sports or carried his protest to a place where it did not belong. But sports isn’t unpolitical. Especially not in a country where the national anthem is sung before every game. There is no better place to make problems visible than when millions are watching.

The fact that Kaepernick was out of work after his protest, sadly proves him right. The rules in the world of elite sports are still made by White people. The voices of the oppressed are not being heard here – much less when ad revenues or sponsorships are at stake. All the more important are Black role models like Kaepernick, who inspire people all over the world to rise up and speak up against injustice and racism. Colin Kaepernick had to sacrifice his dream. But his courage made him more than just an elite athlete: it made him an American hero. 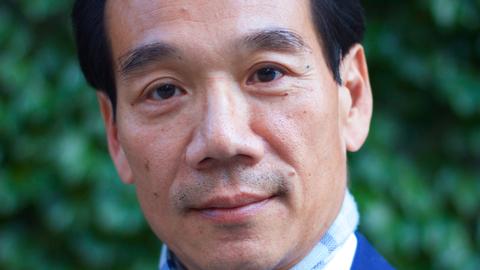 1
Somalia's political wrangling raises the spectre of violence
2
Can France rely on allies for support against Washington?
3
UK's driver shortage caused shutdowns of oil stations
4
Is Biden's pledge to donate 500m vaccine doses too little, too late?
5
What will come of the EU’s migration policies in a post-Merkel era?