What Israel says through its recent crackdown on Al Aqsa Mosque

The latest measures against Palestinians at Al Aqsa Mosque are designed to send a message and could lead to greater suppression of the Palestinian population.

Ahead of the upcoming April elections, Israel has escalated tensions in occupied East Jerusalem’s Al Aqsa Mosque, detaining the leader of the Waqf, the Muslim foundation that oversees the management of the shrine.

Israel also recently arrested dozens of Palestinians who were protesting the closure of one of the gates to the mosque.

Some experts have indicated that the so-called ‘deal of the century’ - the brainchild of US President Donald Trump, which claims to address the decades-long Palestinian conflict - will put the Al Aqsa Mosque under the authority of Israel, replacing the Palestinian-Jordanian administration of the mosque with a Saudi-led Arab management, which would fully collaborate with Tel Aviv.

Saudi Arabia and its Gulf allies have been in talks with Israel through a mediation effort launched by Jared Kushner, Trump’s son-in-law and senior advisor to the president, who is also a pro-Israeli Jewish American businessman, to settle the Israeli-Palestinian conflict.

The detained Waqf leader prayed last week with other Palestinians in an area closed by Israel since 2003. He was the most senior Jordanian figure in the Palestinian territories, according to the Waqf officials. The Israeli banned area is near the mosque’s Al Rahma gate, which was also closed by Israeli authorities last week, triggering further protests and arrests.

Jordan, which recently increased the number of Waqf members from 11 to 18, including Palestinians from the Fatah movement for the first time, has strongly condemned the Israeli arrest.

“[Israelis are] trying to say to the Palestinians and to the Muslim community in particular that ‘you don’t have any real authority even relation to the Islamic holy places’,” said Richard Falk, a renowned international law professor at Princeton University.

“It’s in a sense of saying that ‘you are under Jewish and Zionist absolute control and have no rights that you can rely on’. So it’s pushing the Palestinian population to the point where [Israel can] even challenge its most sensitive Islamic identity,” Falk told TRT World.

By arresting Palestinians at one of the holiest Muslim sites, Prime Minister Benjamin Netanyahu, who is facing a stiff and unexpected challenge from a new political alliance led by former army chief Benny Gantz, apparently also aims to rally his hardline base.

Last week, in a desperate move, Netanyahu, announced he was establishing a partnership with Otzma Yehudit (Jewish Power), an ultra-nationalist party which openly supports violence against Palestinians and demands their complete, forced, displacement from Palestine.

“I think these tactics along with excessive use of force of the Gaza border in response to the Great March of Return are all part of a Netanyahu-led strategy to compel a Palestinian surrender,” Falk observed.

Falk, an American Jewish expert on the Palestinian conflict, says that Tel Aviv is currently encouraged by Trump’s “unconditional support” to Israel and feels no pressure from the international community to comply with humanitarian norms observed by the UN or other organisations.

Israelis are now confident that “diplomacy is dead and the conflict will end with the one side winning and the other side losing. It’s a kind of victory scenario Zionist lobbies in the US are also promoting,” Falk said.

According to Falk, Israel wants to force Palestinians to accept Israeli victory as a reality, then Tel Aviv can think about “an economic peace” which can project the improvement of Palestinian lives.

“The basic policy is to increase the suffering of Palestinian people to a point where they surrender or give up the idea of resistance for a national struggle and then, reward that acceptance by improving the economic conditions for keeping them as second-class political participants in Israel, requiring renunciation of any Palestinian claim to self-determination,” said Falk.

The Knesset (Israel’s parliament) recently passed a much-criticised law, which designated Israel, the nation-state of Jewish people. The nation-state law also asserted that in the holy land only Jewish people have an exclusive right to self-determination.

Falk sees the recent law as a definitive repudiation of any effective diplomatic solution because the law itself expresses that Palestinians cannot be equal citizens in any way.

But the American professor believes Israelis may miscalculate the current Middle Eastern political equation, an unstable situation in which the regional balance can change quickly. He also views the Palestinian resistance movement as more robust than the current international alignments suggest.

“There is also a growing solidarity movement based on the Boycott, Divestment, and Sanctions (BDS) campaign and other initiatives, that are exhorting significant pressure on Israel,” Falk said. 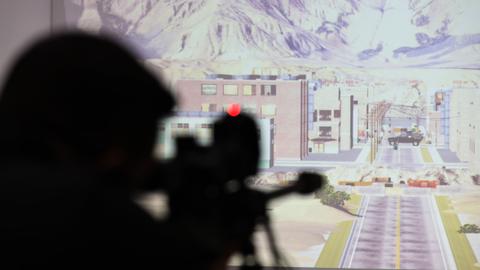 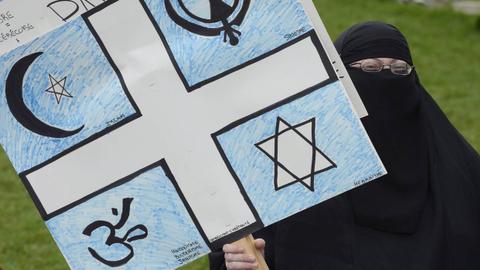 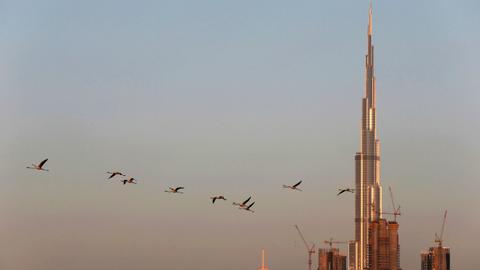