Why Indian forces are setting houses on fire in disputed Kashmir

In New Delhi’s push to quell the popular armed resistance, blowing up houses and shops has become the norm in India-administered Kashmir.

ANANTNAG, India-administered Kashmir — Indian soldiers in the disputed India-administered territory of Kashmir have been using high intensity weapons to engage with local gun-toting rebels, who are often found with lightweight arms such as Kalashnikovs, grenade launchers and pistols.

Instead of confronting the rebels with guns, the Indian security forces have been criticised for using “disproportionate force”, blowing up or burning houses where militants are believed to be hiding.

Between 1989 and 2001, at least 5,368 buildings, including shops, houses and other privately-owned properties in the region, were heavily damaged in counter-insurgency operations, according to data collected by the local government. No such data is available for the past 17 years, but the number is expected to be higher than during the 1990s, based on reports from locals.

On April 10 and 11, Indian soldiers set four houses and two shops on fire as they engaged in a gun fight with militants. The soldiers also shot dead four civilians after two militants broke the cordon and escaped from the scene of the fighting. One Indian soldier also died in the confrontation.

A month later in a similar incident, Indian security forces raided a village in south Kashmir called Turkwangam. Though no militants or weapons were found there, the soldiers burnt down three houses, according to locals.

“They checked all the houses around here, but found nothing, nothing at all, still hours later, they set our houses ablaze.”

He said that, at times, finishing the operations in the shortest time possible becomes a necessity, as people tend to march towards the area where militants are trapped.

"To avoid any civilian killing, the explosions become a need at times," he explained.

Dar’s family, including his two daughters, are temporarily staying at their neighbours’ house. Dar, who makes money by renting out tents and utensils for local events, says he needs another life to build a new home.

Gunfights between Indian forces and local rebels are frequent in the disputed region, which has been claimed by both India and Pakistan since the British left the subcontinent in 1947.

A significant number of people in the region do not shy away from expressing their support for the armed resistance movement, which began in 1989.

Zafar Dar is a photojournalist based in Srinagar, India-administered Kashmir. 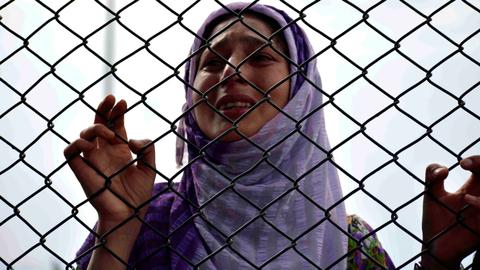 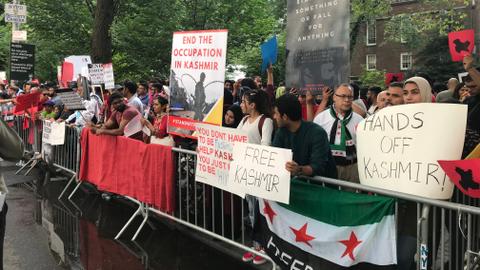 Meet the Americans who give a voice to silenced Kashmiris