1
Sewing for Palestine: A fashion label that reflects Gaza's forgotten past
2
Bursa, the 2022 Cultural Capital of the Turkic World
3
Eritrean forces and Tigray's militias committed 'evident war crimes'
4
France rattled by a deal between Russian mercenaries and Mali's junta
5
China’s approach to the Taliban is more cautious than it looks

Regional analysts are largely optimistic about the constitutional changes but some have urged caution.

Askar Kamchibekov proudly says that he voted for a “strong hand.” He cast his ballot in the April 11 referendum to amend the constitution in the impoverished, mountainous ex-Soviet nation that went through three popular revolts that toppled three sitting presidents since 2005.

“I’m tired of this mess, there has to be a strong hand to restore order,” the 67 years-old retired turner who lives in a drab concrete apartment building in northern Bishkek, the Kyrgyz capital, told TRT World.

By the strong hand he means Kyrgyzstan’s new President Sadyr Japarov, a nationalist leader who pushed for the amendments that shift the power from parliament to his office. He will be able to be twice and give him authority to appoint judges and top law enforcement officials.

The amendments that were supported by almost 80 percent of the Kyrgyz and were signed into law by Japarov on May 5 also reduce the size of parliament by a quarter and prescribe the establishment of the People’s Kurultay (Assembly), a “consultative and coordinating body” the president will control.

Outside observers echo Kamchebekov’s words about “the strong hand.”

“What happened is a response to the public’s expectation of a strong hand after uncontrolled changes of the government,” Aleksey Kushch, a Ukrainian political expert, told TRT World.

He said that many Kyrgyz see the constitutional reform as a way out of a vicious circle of government changes that destabilize Kyrgyzstan turning it into a “failed state.”

“The reform is indicative,” he said. “The nation of the [2005] Tulip Revolution is the first of ex-Soviet nations with a permanent series of street protests to reach the collapse of institutions and the pendulum effect towards a presidential form of governance.”

The reform took place three months after Japarov was elected president. Some Kyrgyz see his landslide victory was a dangerous step towards militant, populist authoritarianism.

“Three coups eliminated any respect towards authorities,” a Bishkek resident told TRT World. “Only God knows how to save us, but it seems to me, even he doesn't know how.”

She spoke on condition of anonymity because she fears for her safety – in the nation that used to be hailed as a paragon of democracy and civil freedoms in ex-Soviet Central Asia.

So, what happened to Kyrgyzstan?

Its first democratically elected president was a moonfaced, jovial mathematics professor named Askar Akayev, one of the countless intellectuals propelled to power all over the former Soviet Union in the early 1990s.

But his rule grew increasingly autocratic as he amended the constitution and held referendums to extend his term limits. In 2005, Akayev fled Kyrgyzstan after popular protests dubbed “The Tulip Revolution” which was widely seen as undeniable proof of how fast Western-style democracy took root among former nomads whose own tribal quasi-democracy survived the Communist totalitarianism.

The protests followed similar uprisings – the 2003 “Rose Revolution” in ex-Soviet Georgia and the 2005 “Orange Revolution” in Ukraine that both toppled pro-Moscow autocrats.

Known collectively as “colour revolutions,” the three uprisings scared the Kremlin so much that it still accuses its domestic opponents and the collective West of trying to instigate a “color coup.”

Future president Japarov, a former farmhand and minor energy official at the time, took part in the Tulip Revolution on the side of Prime Minister Kurmanbek Bakiyev, who was elected as Kyrgyzstan’s next president.

Japarov became a lawmaker and Bakiyev’s advisor, but his boss got mired in corruption and was toppled by another popular revolt in 2010.

Meanwhile, Japarov gained popularity for organizing rallies that demanded the nationalization of Kumtor – a gigantic open-pit mine near the Chinese border where a Canadian company extracts gold at the alpine height of 4,000 meters above sea level. The company provides a sizable chunk of Kyrgyzstan’s GDP.

After one such rally in 2012, he led the protesters in an attempted coup. It didn’t just fail but made one of his supporters, Kamchibek Tashiyev, a nationwide laughing stock after he tore his pants while climbing the fence of the government headquarters.

While behind bars, he reportedly was close to suicide after authorities didn’t let him attend his parents' funerals – a serious insult in deeply patriarchal Kyrgyzstan.

But another twist of fate hurled Japarov towards presidency.

In October, disgruntled political parties that didn’t win seats in a parliament election started yet another round of protests. Incumbent President Sooronbay Jeenbekov promptly resigned, while Japarov’s supporters broke him out of jail and promoted him as a potential prime minister or president.

Lawmakers appointed him acting prime minister and then president, and the Supreme Court “removed” his criminal record. Japarov immediately appointed his key supporters – including Tashiyev of the torn pants fame – to key government jobs.

The supporters mostly hailed from the camp of deposed ex-president Bakiyev who lives in exile in Belarus and reportedly funded the campaign.

The campaign was “dominated by one candidate who benefited from disproportionate financial means and misuse of administrative resources, resulting in an uneven playing field,” said a report by the Organization for Security and Cooperation in Europe

Japarov predictably won the January 10 election with almost 80 percent of the vote, while his closest rival got 6.7 percent.

Observers fear that his populism and the constitutional amendments may further erode the democracy Kyrgyzstan was once so famous for.

“He personifies a 'people's man' who has been opposed to the authorities in recent years. But all of his merits, for now, are nothing but populist,” Moscow-based analyst Daniil Kislov told TRT World. “His electorate consists of disappointed and impatient citizens who want changes here and now, but don't realize that the economy and politics require long and painstaking work, including self-improvement.”

And there is plenty of work to be done in Kyrgyzstan – but not jobs. More than a million Kyrgyz labor migrants toil in Russia or neighboring Kazakhstan, while cheap Chinese exports annihilated local industries.

And Russia is boosting its clout. Back in 2011, Moscow pushed Kyrgyzstan to evict a US military base from the Bishkek airport, and the Kremlin calls the shots in the halls of power.

“Each and every politician is pro-Russian,” a senior diplomat from a pro-Western ex-Soviet nation told TRT World.

However, some analysts are more optimistic. 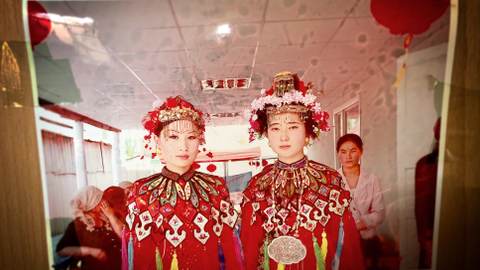 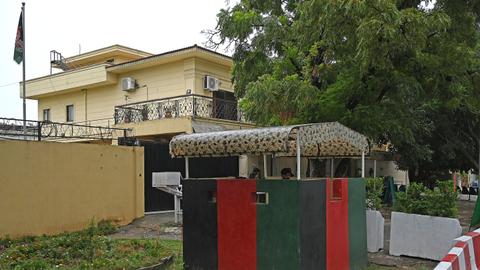 Afghan embassies running on empty after Taliban’s return to power

1
Sewing for Palestine: A fashion label that reflects Gaza's forgotten past
2
Bursa, the 2022 Cultural Capital of the Turkic World
3
Eritrean forces and Tigray's militias committed 'evident war crimes'
4
France rattled by a deal between Russian mercenaries and Mali's junta
5
China’s approach to the Taliban is more cautious than it looks