A group of German AfD MPs visited Yerevan to show support to Armenia amid Azerbaijan’s de-occupation campaign to liberate Nagorno-Karabakh.

The delegation, including federal and regional legislators, was invited by “the President of the National Assembly of Nagorno-Karabakh and from the Armenian side”, RedaktionsNetzwerk Deutschland (RND) reported. RND also confirmed that the delegation including Steffen Kotré, his Bundestag colleague, Stefan Keuter, and the Brandenburg state parliament members, Andreas Galau and Andreas Kalbitz, have previously all visited Armenia and Nagorno-Karabakh in May 2019.

In a press conference, members of the AfD called upon European countries to impose sanctions on Azerbaijan and its ally in the region, Turkey.

Many criticised Armenia for collaborating with a party that is widely known to promote a rhetoric accused of being extremist.

#NagornoKarabakh: Apparently, Armenia obtained political support of German extremists (from AFD) to argue in favor of sanctions against Azerbaijan and Turkey. https://t.co/WtPLStTwhi

As the first state to recognise Azerbaijan's independence from the Soviet Union in 1991, Turkey has long been an ally of Azerbaijan. Relations between the two former Soviet republics, Armenia and Azerbaijan, have been tense ever since the Armenian military occupied Upper Karabakh, or Nagorno-Karabakh, an internationally recognised territory of Azerbaijan.

The Armenian occupation forced an exodus of 1.1 million Azerbaijanis. Turkey has been actively backing Azerbaijan since a renewed conflict with Armenia flared up with Armenia in September, despite a ceasefire deal in 1994.

Recent clashes erupted between the two countries on September 27, and since then, Armenia has continued its attacks on civilians and Azerbaijani forces.

Portraying the conflict as a religion-based struggle

Inside Germany, the AfD is known for its strong anti-immigration and Islam rhetoric and “invasion of Muslims” narrative with a Nazi undertone.

Today, about four million people who live in Germany are of Turkish origin as a result of a large-scale migration from Turkey to Germany in the 1960s to fill the demand for cheap labour. The AfD is often accused of fuelling hate against the minorities including Turks and particularly refugees from Muslim countries.

The German political party portrays the conflict in the Caucasus as religious-based, promoting the narrative of Christian Armenians’ struggle against Muslim Azerbaijan and its ally Turkey.

The AfD member of the Bundestag and delegation participant Steffen Kotré told RedaktionsNetzwerk Deutschland (RND) that "despite the background of Azerbaijani aggression, we must support the Armenian efforts for a ceasefire.” 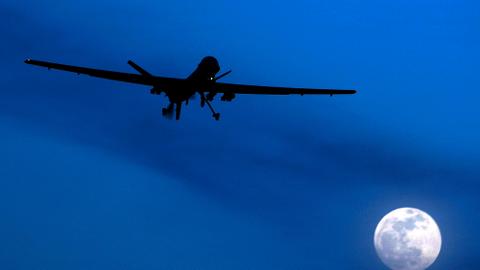