Robert Mugabe is gone, but his lieutenant-turned-foe successor Emmerson Mnangagwa is resisting demands to make public explosive reports, some of which an uncompromising Mugabe kept under lock and key for more than three decades.

For the past two decades, the Kadyauta family of Shamva, in Zimbabwe, has been wondering why their son, Evans, met his death in a gruesome way thousands of kilometres away, fighting a war in the Democratic Republic of the Congo (DRC). This is the question asked by hundreds – probably thousands – of families in Zimbabwe, whose fathers and sons were killed when, in 1998, Zimbabwe got itself involved in a costly five-year war in the former Zaire.

This was after former president, Robert Mugabe, unilaterally deployed 12,000 Zimbabwean troops to defend the embattled government of Laurent Kabila from being overthrown by powerful rebels backed by Uganda and Rwanda. It was a war that never made any sense to most Zimbabweans and still doesn’t.

For years, survivors and families of the dead prayed for answers, but they were not forthcoming as Mugabe decided to keep the answers, together with all clues relating to the costs of the war – be they human, financial or material – to himself.

These families were not alone. The answers they sought were just the latest to be added to Mugabe’s rich chest of top-drawer secrets. Also desperately seeking closure, but never getting it, were families of the estimated 20,000 people who were killed or ‘disappeared’ without trace in the early 1980s when Mugabe unleashed his North Korean-trained personal army unit, the Fifth Brigade, on villagers in the opposition-controlled southwestern parts of the country in a genocidal operation code-named Gukurahundi.

International outrage prompted Mugabe to establish two commissions of enquiry – the Chikambakwe and the Dumbutshena commissions, to probe the killings. But until he was eventually toppled in a November 2017 coup, Mugabe had kept the two explosive reports tightly under lock and key for more than three decades.

In the aftermath of the country’s 2008 economic crisis, it emerged that the Reserve Bank of Zimbabwe had incurred a gaping US$1.4 billion hole, as a result of alleged looting by ruling party and government officials. The list of individuals that benefited from these public funds, the debt of which has since been assumed by the government, was made available to Mugabe but he refused to make it public.

The same applied to the county’s diamond windfall, where wanton looting resulted in the country reportedly losing billions of dollars while gross human rights violations led to the death of hundreds and injury of thousands. Mugabe swept reports of these excesses under the carpet.

The list of ruling ZANU-PF party officials who violated the government’s one-man-one-farm policy by becoming multiple farm owners as the country implemented its disastrous land reform programme was treated in the same secretive manner. There was also a clandestine list of favoured individuals and companies that routinely benefitted from the central bank’s opaque foreign currency allocation system.

Despite Mugabe being out of the way, hopes for those seeking the truth that the deposed strongman kept away from glare of the public are not being encouraged by the new leader, who appears determined not just to safeguard Mugabe’s secrets, but to continue with the same culture of secrecy.

It is constitutional requirement that foreign loans and such other transactions should be scrutinised and approved by parliament, but President Emmerson Mnangagwa, just like Mugabe, has been signing a breathless succession of loans and investment deals negotiated under a veil of secrecy. The excuse given to justify the secretive transitions is that the country is trying to bust the sanctions imposed on in it, as well as frustrate illegal regime change machinations, by some Western countries.

Mnangagwa was Mugabe’s right-hand man from 1977 until the fall-out that resulted in the 2017 coup that eventually consigned the feared ruler to the dustbin of history. When the Gukurahundi pogroms started in 1982, he was the country’s security minister. Over the years he held several key positions in and out of Mugabe’s government, until he became vice president in 2014.

Analysts say it is not surprising that Mnangagwa – who has repeatedly refused to apologise for his alleged Gukurahundi role – is not keen to wash Mugabe’s dirty linen in public because he is heavily implicated in most of the actions that Mugabe stands accused of. As for the DRC war, Mnangagwa together with some members of the Zimbabwean military (including current Foreign Affairs Minister Sibusiso Moyo), are listed in a damning United Nations report as being among individuals and companies that were involved in the plundering of DRC’s natural resources.

Journalist Ray Ndlovu, author of the recently published book In the Jaws of the Crocodile, on Mnangagwa’s rise to power, says the new administration will always carefully choose what to put in the public domain and what to keep under wraps, depending on its interests.

Mnangagwa has made since it took over in November 2017 will necessarily translate into the release of reports that have been kept away from the public eye,” Ndlovu told TRT World.

“This is largely due to that the findings contained in some of these reports are likely to also cast negative light on some of the members of the present government. The release of these reports would be akin to shooting themselves in the foot, so reports into Gukurahundi and other matters of grave public interest therefore are unlikely to be released.”

Ndlovu said the administration will however not hesitate to release reports and findings that endear it to ordinary citizens and the international community, as has been the case with the release of a report on post-election violence that left six people dead and the list of people who are alleged to have externalised funds and assets.

Alex Magaisa, a Zimbabwean constitutional law expert based at Kent University in the United Kingdom said Mnangagwa’s credibility as a reformer would get a boost if he makes public some of the things that Mugabe kept away from citizens.

“These are the things that they will not disclose, never mind the ‘new dispensation’ mantra,” Magaisa said. “If ED (Mnangagwa) can provide just half of the above, I might just begin to believe there’s a measure of sincerity. This disclosure does not require foreign currency [an excuse commonly given by the government for inaction].”

Farai Maguwu, Director of the Centre for Natural Resource Governance, said that so far the new leader has only continued from where Mugabe left.

“Emmerson Mnangagwa has continued with Robert Mugabe’s style of mis-governance, mainly because the purpose of the coup was to ensure continuity and not to change how Zimbabwe is run,” Maguwu said. “In fact, Mnangagwa and his clique are saying ‘it’s our turn to eat’.

“Perhaps what is most worrying is the secretive nature of Mnangagwa’s deals. He is only emerging to announce multi-billion deals. There are no checks and balances to ensure the national interest is secured, no consultations. It is therefore no surprise that the economic situation is deepening because government focus and policy is on looting. Natural resources worth billions are leaving the country for a song, hence our worsening liquidity crisis.”

However, Energy Mutodi, Deputy Minister of Information, Publicity and Broadcasting Services, believes that his government is making steady progress in breaking with the past.

“The government in this Second Republic has introduced high levels of transparency, accountability and integrity in dealing with public affairs,” Mutodi told TRT World.

“This is why we saw the Motlanthe Commission report [on the post-election violence] being made public and that’s the beginning of good governance we are experiencing. The government of President Mnangagwa has strengthened powers of state institutions such as the Anti-Corruption Commission to deal with the scourge of corruption and that’s a sign that it really wants to achieve a clear break from the past.”

There are those that think more pressure should be piled on the new administration to ensure that it is not just new in name.

“The Zimbabwean government has promised transparency and accountability. They must be held to this commitment on multiple fronts, from detail on forex allocations to investment deals,” said Crisis Group Southern Africa Project Director Piers Pigou. “Civil society and the political opposition should be on their case like gum on a shoe and ensure these issues are reviewed when assessing progress with reform implementation.” 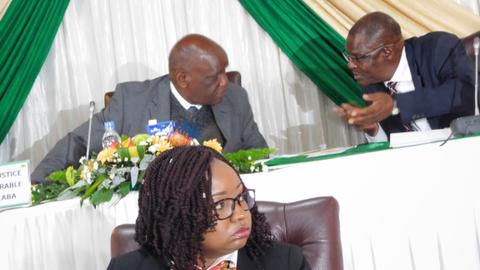 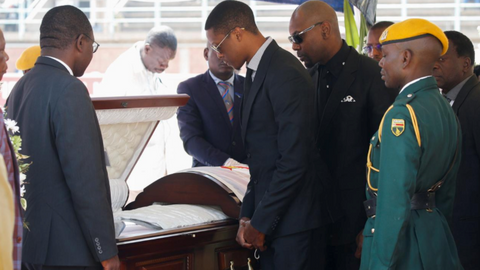 Zimbabwe's Mugabe to be honoured at state funeral