Election posters have been vandalised by replacing the faces of candidates with those of people detained by the government.

Algeria’s upcoming presidential election campaign is underway but the decision to proceed with the vote while many Algerians continue to be held as political prisoners has caused anger.

To voice their disapproval of the election process under such circumstances, Algerians have taken to vandalising posters put up by candidates.

The most popular protest seems to be replacing pictures of candidates with those of prisoners held by the government and by placing bags of rubbish where pictures were meant to be put up.

A series of pictures shared on social media showed one placard completely covered with images of political prisoners and others damaged by graffiti.

The country’s former ruler Abdelaziz Bouteflika was forced to step down in April after a popular uprising against his decision to stand for a fifth term as president.

In a country where 70 percent of the population is under 30 years old, the octogenarian’s decision to stand once again sparked outrage that manifested in sustained street protests, eventually forcing Bouteflika’s top generals to step in.

After his fall, the Algerian military assumed power and pledged to oversee an orderly transfer of power in fresh presidential elections, which are scheduled for December 12.

But many of the Algerians who turned out for the anti-Bouteflika protests are suspicious of the army’s intentions.

They believe that they rose up against an entire system, and not just its figurehead, and carry fears that the army is looking to replace Bouteflika with someone compliant with the current regime.

Many of the causes for discontent with Bouteflika’s rule, such as the existence of political prisoners, remain in place.

Army chief Ahmed Gaid Salah, who is Algeria’s effective strongman since Bouteflika’s fall from grace, has refused to give into protester’s demands for a transitional authority to help the country move towards democracy.

Algeria, a country rich in natural resources suffers from poor economic management and as a result suffers from high levels of youth unemployment. 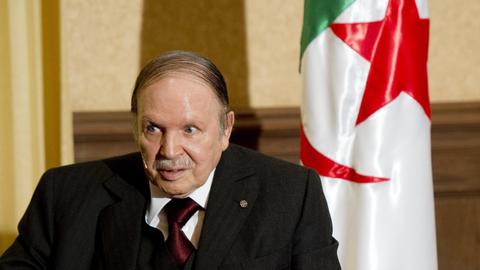