With increasing austerity, and a destabilised region, will Bouteflika's bid for a fifth presidential term amidst a fractured opposition jeopardise the country's future?

Algeria’s presidential race will feature a record number of candidates ahead of the April 2019 election.

The preliminary phase recorded a total of 186 applicants seeking candidacy, more than double the number of potential candidates in the North African country’s 2014 election. While most applicants will likely not gather enough signatures to qualify for the presidential ballot by April 18, the number of candidates suggests is a sign of frustration with the status quo.

President Abdelaziz Bouteflika, 81, said he wishes to run for a fifth, five-year term, despite being left disabled by a stroke in 2013.

“Of course, I am no longer the same physical force as before -- something that I have never hidden from the people," said Bouteflika adding, “But the unwavering desire to serve... has never left me and it allows me to transcend the constraints linked to health troubles which everyone may one day face.”

While opponents have called for new blood to lead the North African gas-rich country, Bouteflika’s supporters continue to credit him with ending a bloody civil war in the 1990s, dubbed ‘The Black Decade’.

Popular opinion is divided over the 81-year-old leader.

Bouteflika’s main challengers are former prime minister Ali Benflis, the runner-up in the country's 2014 elections, and opposition candidates, including the influential retired general Ali Ghediri and the leader of the Movement for the Society of Peace Abderazak Makri.

Several heads of small political parties are also hoping to run — along with many Algerians with no links to politics.

Would-be candidate Salah Kemmach is running because he was born on the day that former president Houari Boumediene died in 1978.

“I decided to take my responsibility to continue Boumediene’s project, abandoned by those who succeeded him.”

Another candidate, a former street cleaner from Oran, aspires to be president “to eat steak”.

While some candidates are dismissed as comical jokers, political science professor Mohamed Laggab of Algiers University describes a large number of possible candidates as a sign of the decay in Algerian politics.

“Political practices have fallen to an all-time low. When owners of dirty money buy parliamentary seats with billions, when people implicated in legal scandals find themselves in visible political posts, and when people with no intellectual experience and no political conscience want to become president, minister, senator — then you cannot be surprised to find these types of candidates today.”

Algeria has long struggled with corruption, from its secretive energy sector to the highest levels of power.

Other parties claim they were approached by people offering to raise signatures for potential candidates in exchange for cash.

In 2008, Bouteflika changed the constitutional limits to increase the number of times he could serve as president. In February 2016, following his victory for a fourth presidential term, he amended the constitution to return it to its previous state, with a maximum limit of two terms.

Critics argue that Bouteflika is not legally able to run for president again, but constitutional experts have affirmed his right to run, given that his position was grandfathered’ into the latest constitutional amendments.

In 2014, Bouteflika won elections with a sweeping 81 percent of the votes, despite not appearing once in his campaign.

But even if Bouteflika runs and wins, his election could push the largest Arab country towards dangerous instability.

“I expect Bouteflika will win, without doubt,” said Lamine Boudhae, a political analyst and professor at Algeria’s Setif University.

Algeria’s oil-based economy is under pressure, with fluctuating oil and gas prices restricting its ability to address critical challenges such as youth unemployment.

The country’s economy had grown over the last year as oil and gas revenues picked up, with the state easing austerity measures imposed when oil and gas prices halved between 2014 and 2017.

The two industries account for 60 percent of Algeria’s GDP and 94 percent of its export revenue.

Bouteflika’s government has repeatedly declared that it wants to diversify the economy away from oil and gas but has met resistance from its ruling elite to opening up to foreign investment.

The octogenarian president nonetheless enjoys broad support from within his party, which has held the country in its grip since independence in 1962, even more so following a deep purge of the Algerian military and intelligence services that consolidated power within the presidency.

In a speech before Algeria’s upper house of parliament—the president of the council, second to Bouteflika himself, called on the leader to carry on his mission in Algeria by running for the fifth time.

This statement was echoed by Ahmed Ouyahia, Prime Minister and Secretary General of the pro-regime National Rally for Democracy, the secretary general of the National Liberation Front (FLN), and the speaker of parliament.

The 64-year-old Ghediri, who retired as a general in 2015, may pose a threat to Bouteflika however.

In his candidacy bid, he declared: “I have decided to take up the challenge by running in the presidential election.”

“This major challenge ... involves questioning, without any taboos, the established order.”

Ghediri enjoys a high profile with a string of media appearances in recent weeks.

In an interview with El Watan newspaper last month, he speculated that polls would not be postponed because the army would intervene if any such move took place.

His comments led to a warning from the defence ministry, which threatened to take him to court if he violated rules on the conduct of former military officers.

This was followed by reports of the arrest of 13 senior officers, detained over contact with Ghediri, under orders of the   Chief of Staff, Gaid Salah, the last remaining senior military figure following Bouteflika’s most recent purge of the military in 2018.

Ghediri is perceived to have close ties with former intelligence chief Mohamed Mediene, known as Toufik or ‘the God of Algeria’, who headed up Algeria’s most powerful spy agency for decades.

The Algerian defence ministry denied the news and refused to provide comment on the leak first reported by El Watan, sourced from an anonymous military source.

The outpouring of official support for the nomination of a president who has barely addressed the public since 2012, suggests a wish for stability over change.

Bouteflika’s opposition accuses the president’s inner circles, particularly his youngest brother Said and a group of business magnates, of usurping the president’s power and state institutions, and taking advantage of the ailing president’s health conditions.

Challengers to the presidency emphasise Algeria’s stifling economic slowdown, successive crackdowns on freedoms, and clear opposition in the country are signs that the current political arrangement is untenable for another term.

In May 2018, 14 Algerian opposition politicians, activists, jurists, and academics, headed by former prime minister Ahmed bin Beitour, wrote a letter to Bouteflika, urging him not to yield to calls for a fifth presidential term given that it would constitute “a disaster for himself and the country”.

In their letter, they told the president “vicious forces have rallied to push you toward a fifth term” and warned of “the terrible mistake you are making by rejecting the voice of wisdom that addresses human conscience in fateful times”.

They received no response, which some have interpreted as a sign that the flow of information to the president is tightly controlled.

Benflis, the former prime minister who competed against Bouteflika in the last presidential election, claims the president’s poor health left a “vacuum of power” that allowed for a group around him to seize control in a “soft coup”.

“Extra-constitutional forces have seized powers, outside the constitution, from he who is charged with the presidency,” he stated.

Algeria has long been run by a shadowy political collective —referred to as ‘le Pouvoir’, or ‘the Power’, by Algerians, where decisions are reached behind the scenes through a system of consensus.

Storms on the horizon

Algeria faces a fragile economic future, with declining oil prices around the world and an economy that is 95 percent dependent on oil and gas revenues.

To make matters worse, the government plans to end its subsidisation policy on basic utilities and products, which could trigger a public backlash.

The political climate is equally suffocating, with the government ignoring opposition calls for reform before public discontent materialises in the streets.

Freedom of speech is largely repressed in Algeria, with backlogged courts dealing with bloggers prosecuted on charges of ‘insulting an official institution’. Independent media is also suppressed, with public and private advertisement sources cut off to them, causing dozens of media agencies to go bankrupt.

Algeria is also surrounded by regional instability, as terrorist activity persists in neighbouring countries such as Libya.

Algerian diplomacy has reached its lowest levels, given that Bouteflika is too sick to travel, leaving Algeria absent from international and regional forums. 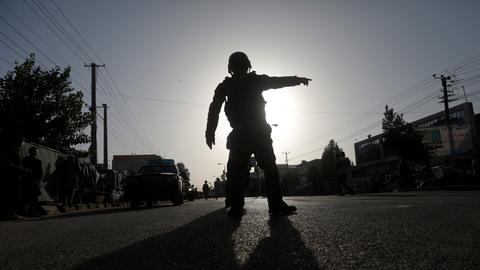 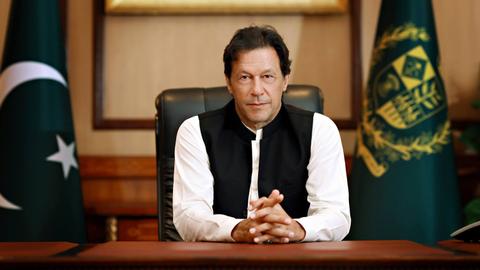