Habre was convicted on charges of ordering killings and torture of thousands of political opponents during his rule from 1982 to 1990.

In a landmark ruling, a court in Senegal on Monday convicted the former ruler of Chad, Hissene Habre, of crimes against humanity and awarded him a life imprisonment.

Habre was convicted on charges of ordering killings and torture of thousands of political opponents during his rule from 1982 to 1990.

He was also convicted of rape and sexual slavery by the Special African Chamber, a tribunal created in 2013 by Senegal and African Union.

Habre had fled to Senegal following his toppling in 1990 as a result of a coup.

The ruling comes after more than one and a half decade of struggle waged by the victims and right activists to bring Habre to justice in Senegal.

The ex-ruler now has two weeks to file an appeal against the verdict.

A Truth Commission formed in 1992 in Chad had blamed Habre's government for 40, 000 political killings and systematic torture – charges that he continued to deny.

Reed Brody, a researcher with Human Rights Watch, who helped investigate Habre's crimes said: "Habre's conviction for these horrific crimes after 25 years is a huge victory for his Chadian victims."

"The verdict sends a powerful message that the days when tyrants could brutalize their people, pillage their treasury and escape abroad to a life of luxury are coming to an end," he said. 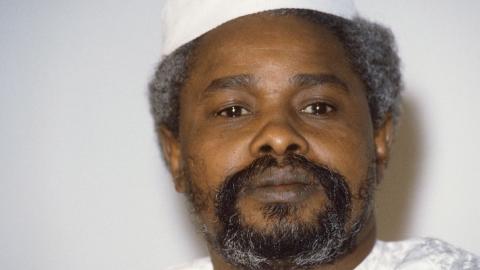