Ex-warlord Bosco Ntaganda is charged of war crimes and crimes against humanity during unrest that took place between 2002 and 2003, when his rebel forces rampaged through the Democratic Republic of Congo's gold-rich Ituri province.

Bosco Ntaganda will give a full account of his role as a Congolese rebel commander in 2002-03 when he takes the stand at the International Criminal Court on Wednesday, his lawyer has said.

Almost two years after his trial opened, the man once dubbed "The Terminator" is taking the stand to recall events in 2002 and 2003, when his rebel forces rampaged through the vast central African country's gold-rich Ituri province, murdering and raping civilians and plundering their possessions.

"Mr Ntaganda will describe everything he did in the conflict. Step-by-step and day-by-day and give a full description," his lawyer Stephane Bourgon said.

"What Mr Ntaganda wishes to establish by testifying is to explain exactly who he is and to ensure that people perceive him as a human being. He wants to speak personally with the judges," Bourgon said.

Ntaganda, 43, has denied 13 charges of war crimes and five counts of crimes against humanity committed by his Patriotic Forces for the Liberation of Congo (FPLC), a militia drawn from the Hema ethnic group which prosecutors say targeted the Lendu and other non-Hema groups.

Fighting in Ituri has left some 60,000 dead since 1999 according to rights groups, in a conflict exacerbated by the wealth of regional resources including gold and other minerals used in electronic products.

Ntaganda has been charged with ordering hundreds of deaths through savage ethnic attacks by the FPLC, which was then the armed wing of the Union of Congolese Patriots.

During the prosecution's case, which took 64 days to complete, a witness told the tribunal in The Hague of seeing "tied-up bodies" left in their underwear, "their heads crushed."

Ntaganda "was one of the most important commanders" involved in the savage ethnic attacks carried out by the FPLC, ICC chief prosecutor Fatou Bensouda said at the opening of the trial in September 2015.

The eastern Democratic Republic of Congo has been mired for two decades in ethnically-charged wars, as rebels battle for control of mineral resources.

The unrest spiralled to encompass armies from at least six African nations, claiming an estimated three million lives in one of the world's most deadly recent conflicts.

At the start of his trial Ntaganda, known for his trademark pencil moustache, and his penchant for cowboy hats and fine dining, told the judges he rejected being called "The Terminator."

The ICC issued two arrest warrants against Ntaganda who evaded capture until unexpectedly walking into the US embassy in Kigali in 2013 and turning himself in. 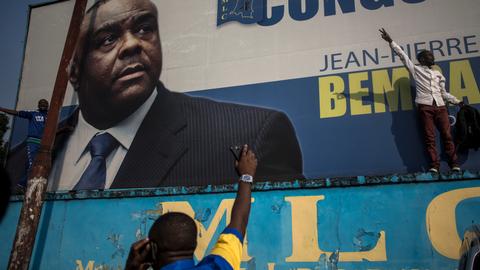 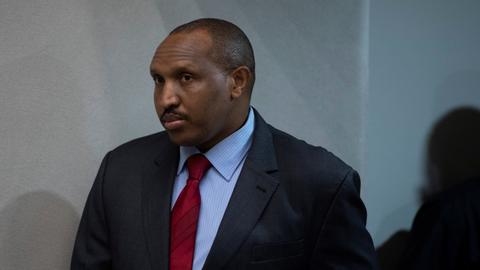 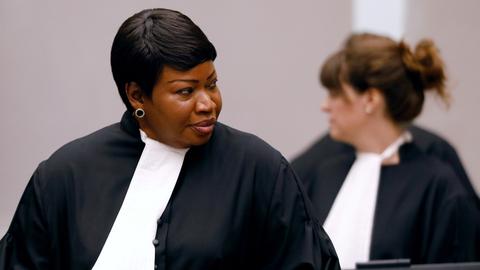