When the transfer of the islands was announced last year, it sparked protests. The islands have been held by Egypt since 1906, before Saudi Arabia was created.

The Red Sea islands accord has become politically sensitive for Sisi. He counts on Saudi Arabia as a key ally, but street protests broke out over the agreement last year among Egyptians angered over the concession.

Egypt's parliament last week backed the deal handing control of Tiran and Sanafir islands to Saudi Arabia, but it has also become the subject of a legal tussle between different courts over jurisdiction.

"President Abdel Fattah al-Sisi has ratified the maritime demarcation agreement between the Arab Republic of Egypt and the Kingdom of Saudi Arabia," the cabinet said in a statement.

The announcement was made just as the Muslim holy month of Ramadan ends and on the eve of Eid al-Fitr festivities, a major public holiday when Egyptians are busy preparing to spend time with their families.

The presidency did not immediately respond to a request for comment. Government lawyer Rafiq Sharif said the decree was now law and the two uninhabited islands were under Saudi sovereignty.

All court decisions on the agreement were temporarily suspended this week by the head of the constitutional court, until it makes a ruling on which institution had the final say.

Parliamentary leaders and government lawyers say the House of Representatives is the only entity allowed to rule on sovereignty. But in June last year the country's highest administrative court ruled Egypt's sovereignty must stand.

Sisi's government announced the maritime agreement last year with Saudi Arabia, an ally which has given billions of dollars of aid to Egypt. The Egyptian and Saudi governments said the islands are Saudi but have been subject to Egyptian protection.

Saudi Arabia had helped Sisi since he toppled President Mohamed Mursi of the Muslim Brotherhood in 2013, and legal wrangling over the Red Sea deal was a source of tensions between the two countries.

After last year's administrative court ruling, Saudi Arabia temporarily halted fuel shipments to Egypt, part of its aid deal. At the time, both sides denied any political fallout was involved and relations have since improved.

"The transfer has been a long time coming; Riyadh has made it clear they expect the islands and Cairo agreed," said H.A. Hellyer, senior non-resident fellow at American think tank Atlantic Council.

"But considering the amount of opposition to the transfer, the speed at which it happened is instructive. It shows Sisi's administration doesn't feel there is much of a risk to be taken."

Still, Egyptians are increasingly critical over the state of the country's economy after years of political upheaval and a devaluation, tax rises and subsidy cuts introduced by Sisi's government.

The islands issue touched a patriotic nerve, bringing thousands of protesters to the streets in April chanting "people want the fall of the regime", a slogan little heard since the Arab Spring uprisings of 2011.

Those rallies were one of the first signals the former general no longer enjoyed the broad public support that let him round up thousands of opponents after he seized power.

"Now that the president has ratified it, the agreement is a law," said Khaled Ali, chief lawyer defending the case for the islands being Egyptian and a former presidential candidate.

"So we will continue the legal battle to show that it is unconstitutional and void." 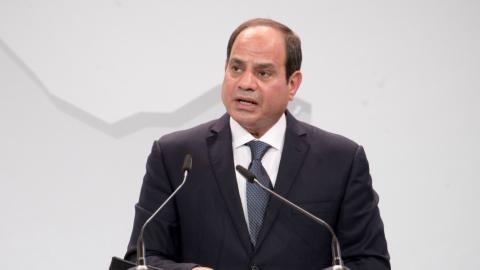 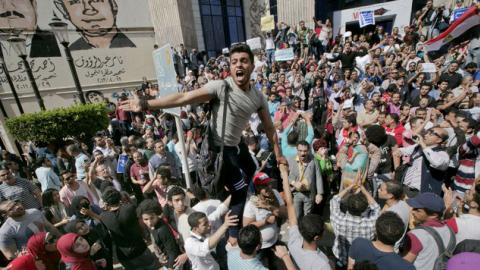