Families torn apart during the war in Syria

Nada is another Syrian child who lost its parents during the 6-year war in the country. The only one she has left is her brother Muhayyddin. They are the only survivors from a family of seven.

It's hard to say just how many children have been orphaned by six years of war in Syria. Many are looked after by extended family. TRT World spent some time with two children from a family of seven.

Nada and her brother are the sole survivors of their family. Back in April, they were rescued by volunteers after an air strike hit their home. 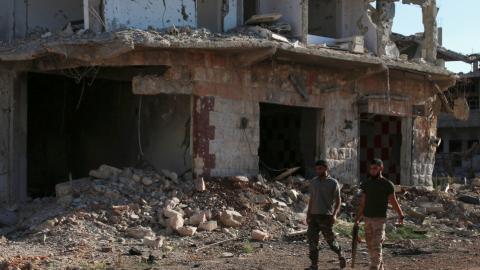