Hariri back in Lebanon for first time since quitting as PM

Saad Hariri is expected to attend Lebanon's independence day parade in the capital Wednesday before meeting with President Michel Aoun, who has said he would not accept Hariri's resignation until he received it in person.

Lebanon's prime minister Saad Hariri returned to his home country late on Tuesday, on the eve of its independence day and after a nearly three-week absence dominated by his surprise resignation.

Hariri stepped down from his post in a televised address on November 4 from Saudi Arabia and then remained in Riyadh, where he spent two weeks before making brief trips to Abu Dhabi, Paris and Cairo.

His plane touched down at Beirut international airport shortly before midnight, a statement from his office said.

His resignation shocked Lebanese, but Hariri's prolonged stay in Saudi Arabia proved even more mysterious for many and sparked a litany of accusations that he was being held hostage there.

Hariri had promised he would return to Lebanon in time to mark its 47th Independence Day on Wednesday and would clarify his position there.

On Tuesday, he travelled to Cairo to see Egyptian President Abdel Fattah el Sisi, whom he thanked for his support for Lebanon.

Hours later, Hariri flew from the Egyptian capital Cairo to Larnaca in Cyprus where he met late at night with President Nicos Anastasiades, the Cyprus government spokesman said.

After a brief visit he flew on to Beirut, where he is expected to take part in the independence day military parade early Wednesday and the customary reception at the presidential palace.

Hariri's Future Movement called on supporters to gather at his home in downtown Beirut at 1:00 pm local time (1100 GMT).

Hariri resigned in a mysterious broadcast from the Saudi capital, accusing arch-rival Iran and its powerful Lebanese ally Hezbollah of destabilising his country.

But President Michel Aoun has yet to accept Hariri's resignation, insisting that he present it in person once back in the Lebanese capital.

During Hariri's two-week stay in Riyadh, Aoun accused Saudi authorities of holding him "hostage" and demanded that he enjoy freedom of movement.

After mediation efforts by Egypt and France - which held former mandate power over Lebanon - the 47-year-old premier left Riyadh on Saturday.

He headed to Paris for talks with French President Emmanuel Macron and pledged he would be home by Wednesday.

"As you know I have resigned, and we will discuss that in Lebanon," he said.

Hariri's resignation from outside the country is unprecedented in Lebanese history.

Questions remain over whether the resignation will stand, forcing negotiations on a new government, or if he might withdraw the decision. 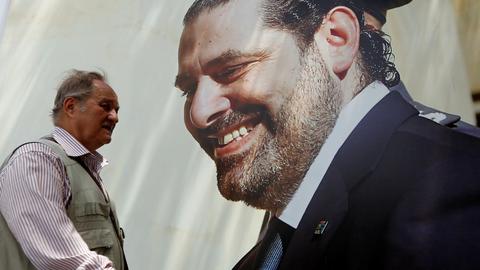 Ruling parties to keep their clout as Lebanon votes 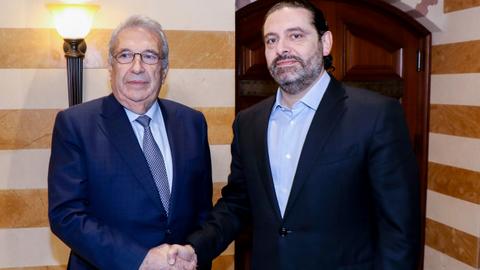