Kenyan woman pulled out alive after six days in rubble

At least 36 people were killed when the building crumbled on Friday night following days of heavy rain.

Rescue workers pulled out a woman alive from under the rubble of a residential building in Kenya's capital on Thursday, six days after it collapsed.

The woman was carried on a stretcher to the cheers of the crowd in Nairobi's Huruma District.

At least 36 people were killed when the building crumbled on Friday night following days of heavy rain.

Nairobi Governor wrote on Facebook that the woman has not yet been identified.

The announcement came two days after rescue teams found a nearly six-month-old baby in the rubble, raising hopes that more survivors would be found. The infant who was found unharmed was reportedly protected by a washbasin.

Rescue teams complained of poor quality material used in the structure of the building.

With housing in high demand in Nairobi, some unscrupulous developers bypass regulations to cut costs and maximize profits. 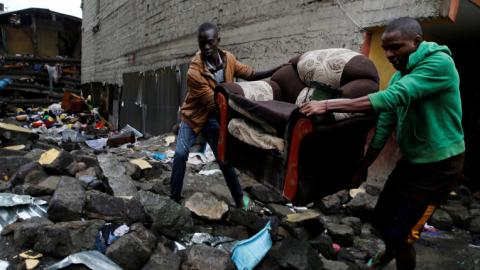 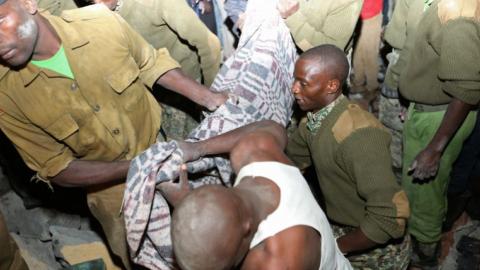 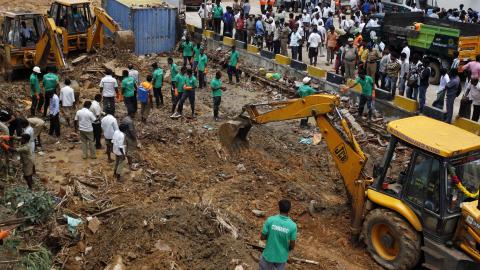