Leader of the so-called Libyan National Army Khalifa Haftar says his forces control Benghazi in what would be a major boost for the group in a country where various militias are vying for power.

Eastern Libyan commander Khalifa Haftar claims his troops have taken over the city of Benghazi, in what would be a major boost for the former ally of the country's deposed late leader Muammar Gaddafi.

Gaddafi's fall in 2011 created a power vacuum, and the country has been turmoil ever since, with various armed groups and vying for power.

Haftar has capitalised on this space, slowly extending into southern and eastern Libya. 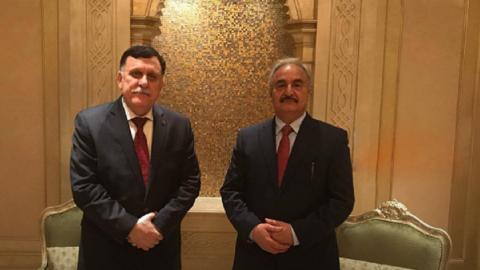 Libya's rival leaders set to commit to ceasefire and elections