Nigeria will crack down on groups responsible for recent pipeline attacks in the oil-producing Delta region, President Muhammadu Buhari said on Wednesday.

Attacks on pipelines in the southern swampland have increased since authorities issued an arrest warrant for a former militant leader on corruption charges in January.

"We will deal with them the way we dealt with Boko Haram," Buhari said during a visit to China, referring to the militant group based in the northeast.

"I hope this message will reach the vandals and saboteurs who are blowing up pipelines and installations," he added.

Last month a gunmen blew up an oil pipeline belonging to Italian company ENI. Three workers were killed in attacks in Delta region, where much of the country's oil production is produced.

The residents of the Delta region demand a greater share of oil revenues, in the biggest economy of Africa.

Despite the presence of huge petrolium reserves, 70 percent of Nigerians live on less than US$1.25 a day.

In another attack in February, a Shell pipeline was targeted a sophisticated underwater attack. Militants also shut down the 250,000 barrel-a-day Forcados export terminal.

The Nigerian president has extended a multi-million dollar amnesty signed with militants in 2009, but he has upset them by ending generous pipeline protection contracts. 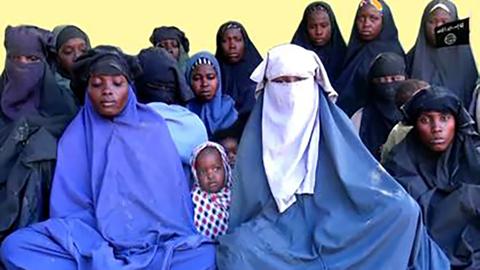