Nigeria marks Democracy Day on Monday but Muhammadu Buhari is on medical leave in London for the third time in less than two years, raising concerns as to whether the 74-year-old president will be able to continue as the head of state.

Nigeria marked its Democracy Day on Monday, which also coincided with the second anniversary of President Muhammadu Buhari's term in office.

However, the Nigerian president's third medical leave in less than two years has raised concerns over whether Buhari's physical health would allow him to continue as the head of state.

On May 8, he once again travelled to London for follow-up medical tests, handing over power to his deputy Yemi Osibanjo.

Officials have refused to disclose details of his medical condition. 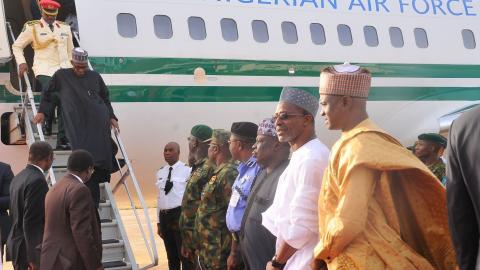