Meanwhile, Syrian regime accused of bombing town of Daraya hours after civilians there received a long-awaited UN shipment of food.

At least 20 people, including 13 civilians, were killed and over 30 people were wounded in suicide and car bomb attacks targeting Sayeda Zeinab shrine in the suburbs of Damascus, said the Syrian Observatory for Human Rights (SOHR), an independent group which documents human rights in the country.

SANA news agency said at least two suicide bombers, one in a car, blew themselves near the entrance of Sayeda Zeinab shrine, a site of great significance especially to Shia Muslims. The official agency placed the death toll at 12.

The last attack on Sayeda Zeinab shrine on April 25 killed at least seven and wounded dozens.

A string of bombings near the shrine in February left 134 people dead, most of them civilians, according to the Observatory.

And in January, another attack claimed by the outlawed group killed 70 people.

Lebanese Shiite group Hezbollah cited the threat to Sayeda Zeinab as a principal reason for its intervention in Syria's civil war on the side of Bashar al Assad.

The shrine is said to contain the grave of Zeinab, a venerated granddaughter of the Prophet Muhammed, and is renowned for its glistening golden, onion-shaped dome.

The Syrian regime has been accused of dropping barrel bombs on the rebel-held town of Daraya on Friday, hours after it received its first shipment of food aid since 2012.

United Nation announced on Thursday it had been granted permission by Syria to send convoys with humanitarian aid to all of the country's 19 besieged areas, including Daraya, by the end of June.

The convoy started delivering rice, lentils, sugar, oil and wheat flour to civilians late Thursday. Trucks have supplied a month's supply for 2,400 people. An estimated 8,000 people live in the town, which is just a 15-minutes drive southwest of Damascus.

Early Friday, the town came under heavy bombardment, with the SOHR saying Syrian helicopters had dropped at least 20 barrel bombs.

There is no official information about casualties after air strikes by the regime.

Local council member Shadi Matar said aid had not yet been distributed "because of the intensity of the raids."

The strikes came as US-backed Syrian Democratic Forces (mainly Arab and Kurdish forces) said they had encircled a stronghold of DAESH militants in Manbij, northern Syria, cutting off a major supply route.

On June 1, Daraya received its first shipment of medical aid. "The last time, people were filling the streets waiting for the aid to come in," activist Shadi Matar told AFP from inside Daraya.

On May 12, a five-truck aid convoy waiting on Daraya's outskirts was denied permission to enter in a dramatic 11th-hour rejection.

An aid convoy carrying food entered the besieged area of al Houla in Homs province on Saturday, the International Committee of the Red Cross said; the second such delivery in months.

"Such attacks are unacceptable in any circumstance, but in this case, they also hampered the delivery and distribution of badly needed assistance".

Ayrault said he was "outraged beyond words," declaring the end of the Russian-US brokered "cessation of hostilities" deal.

According to deal, the warring sides would stop fighting each other. It does not include DAESH and Al Qaeda-affiliated al Nusra Front.

Around 600,000 people are living in besieged areas in Syria, most surrounded by the regime, and another four million in hard-to-reach areas, said the UN. 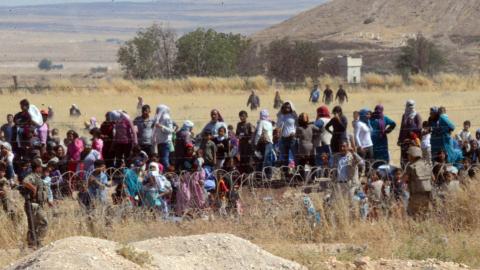 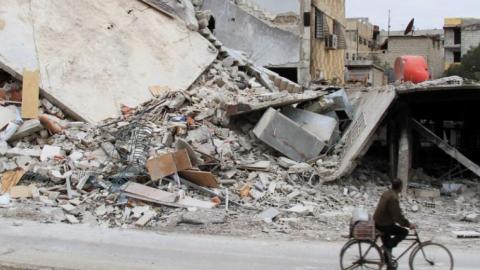 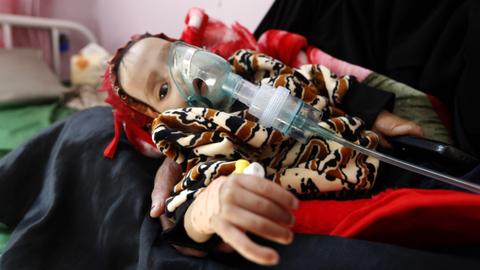 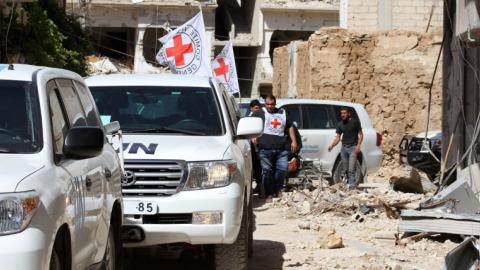