The US changed its tune on Israel relations. But is it too late?

1
Macron visits Lebanon as Beirut blast sparks grief and fury
2
Prominent Israelis are angry at a solidarity gesture for Beirut victims
3
Emergency aid from around the world lands in Lebanon
4
Fury in Lebanon as officials admit knowing stockpile could blow up Beirut
5
US to call UN vote on extending Iran arms embargo: Pompeo

In the final weeks of its tenure, the Obama administration launched an eleventh-hour effort to tackle one of the world's most immovable quarrels: the Israel-Palestine conflict.

In a highly charged speech, US Secretary of State John Kerry warned that a lasting Israel-Palestine peace agreement is in "serious jeopardy." The speech came after a United Nations Security Council resolution calling on Israel to "immediately and completely cease all settlement activity in the occupied Palestinian territories."

Kerry's speech, along with the text of the UN resolution, contained some of the strongest language ever seen in American discourse condemning Israel's settlement policy. He used the word Nakba —and that in itself was a break with the past: "When Israel celebrates its 70th anniversary in 2018, the Palestinians will mark a very different anniversary: 70 years since what they call the Nakba, or catastrophe," he said.

But was it too little, too late?

The US, which has long had a policy of backing Israel, opted not to employ its veto power at the Security Council. Abstaining from the vote, the nation allowed it to pass unanimously.

That move rocked longstanding US foreign policy and caused a rare uproar between traditionally allied nations: Prime Minister Benjamin Netanyahu then summoned the US ambassador to Israel. He also reportedly phoned the foreign minister of New Zealand who had submitted the resolution to the Security Council, warning him that it would mean a "declaration of war."

The resolution, which passed 14-0, is likely to have little effect, with president-elect Donald Trump moving in to the White House in just days. But the resulting windfall has shown an exceptional temperature shift in American rhetoric around the historic kerfuffle that is the Israeli-Palestinian conflict.

What caused the uproar?

Resolution 2334 called for a halt to the construction and expansion of settlements in predominantly-Palestinian areas that are under Israel occupation. The resolution cited the Fourth Geneva Conventions — treaties signed in 1949 by every member nation of the UN that deal with the treatment of civilians in the time of war. Among other provisions, they prohibit countries from installing their own citizens onto lands that it has conquered or occupies by military force.

"Continuing Israeli settlement activities are dangerously imperilling the viability of the two-state solution," the resolution states.

Israel maintains that because there has never been an agreement on the "final status" — that these areas are fair game for it to develop on — but Palestinian leaders contend that while peace talks have dragged on for decades, Israel isn't wasting any time building settlements on the land as if it's already theirs. Those settlements, Palestinian leaders say, are eating into the land that would potentially become an independent state of Palestine.

The US decision to abstain from the vote – instead of using its veto, as it has in the past — allowed the Security Council to pass the most stern condemnation of Israel's settlement policy in nearly 40 years. It revealed frustrations within the Obama administration with its Israeli allies. Although the standard US position has for three decades been that such settlements, which are built on land intended to be part of a future Palestinian state, are "obstacles to peace," US diplomats have always stopped short of describing them as "illegal" under international law.

Now, that has shifted: "Friends need to tell each other the hard truths, and friendships require mutual respect," Kerry said. "The vote in the United Nations was about preserving the two-state solution".

What are settlements, and who do they affect?

Settlements are communities built exclusively by and for Israelis, with economic and political support from the Israeli government. Because they are being built within the "Green Line" – tentative borders laid down at the end of the last major war in the Holy Land in 1967, when Israel withdrew after seizing the area known West Bank — they are considered illegal under the Fourth Geneva Conventions, since they are on occupied territory which is today home to approximately four million Palestinians.

Since that time, Israel's military has occupied the West Bank through decades of seesawing between peace talks and outbreaks of fighting. The 1993 Oslo Accords divided up the West Bank into areas under Israeli, Palestinian, and joint control. All the while, however, the number of Israeli settlements has steadily increased. There are currently about 225 settlements built within the occupied Palestinian territories.

According to Israel's Central Bureau of Statistics, West Bank settlements are home to approximately 550,000 — and those people aren't likely to leave any time soon. Incentives from the Israeli government, as well as private donors, make settlement communities an attractive prospect for Israelis to move to. They boast a high quality of life, and feature a well-developed infrastructure that includes condominium housing complexes, schools, hospitals, and infrastructure. Moreover, they are constant patrolled by the Israeli military — protection that has become a major burden, as tensions between settlers and Palestinians rise.

By contrast, Arab-populated towns have a much lower developmental standard. The comparatively weak Palestinian economy is further stunted by a network of roads built exclusively for connecting the settler populations and Israel. Palestinians must navigate a network of checkpoints that significantly impact their daily lives.

What does this mean for peace in the Middle East?

International consensus about resolving the conflict has centered around the creation of two states — one for Israelis, one for Palestinians. But the Security Council has now called the status quo, with settlements expanding unabated, "unsustainable". The UN demanded that an immediate freeze is "essential for salvaging the two-state solution."

Even with the increased diplomatic tensions between the US and Israel, this rhetoric is mostly symbolic. It may not have a lasting effect on policy. US President-Elect Donald Trump enters the White House on January 20th — and both his statements and his cabinet appointments reflect that he intends to firmly back Israel. 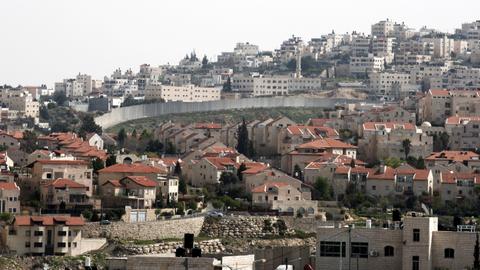 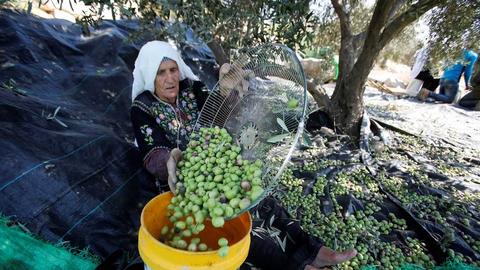 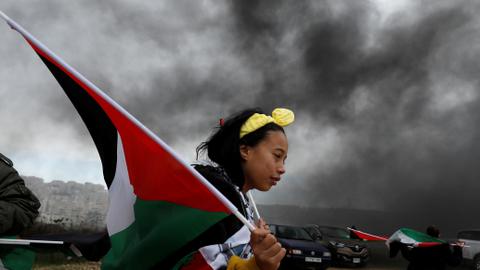 1
Macron visits Lebanon as Beirut blast sparks grief and fury
2
Prominent Israelis are angry at a solidarity gesture for Beirut victims
3
Emergency aid from around the world lands in Lebanon
4
Fury in Lebanon as officials admit knowing stockpile could blow up Beirut
5
US to call UN vote on extending Iran arms embargo: Pompeo