The Israeli government has given the migrants until April 1 to leave the country for an unnamed African destination in exchange for $3,500 and a plane ticket, or they will be incarcerated indefinitely.

Israel has given many African migrants until April 1 to leave for an unnamed African destination in exchange for $3,500 and a plane ticket - the only other option being open-ended incarceration.

Israel considers the vast majority of the nearly 40,000 migrants to be job seekers and says it has no legal obligation to keep them. The Africans, nearly all from dictatorial Eritrea and war-torn Sudan, say they fled for their lives and face renewed danger if they return.

As the world grapples with the worst refugee crisis since World War II, the issue has struck a raw nerve in Israel — established on the heels of the Holocaust.

Critics at home and in the Jewish American community have called the government's proposed response unethical and a stain on Israel's image as a refuge for Jewish migrants.

The optics of black asylum seekers accusing the country of racism has turned into a public relations liability for Israel, and groups of Israeli doctors, academics, poets, Holocaust survivors, rabbis and pilots have all appealed to halt the plan. But the government remains steadfast, bristling at what it considers cynical comparisons to the plight of Jews in Nazi Germany.

TRT World's Iolo ap Dafydd reports on those who face being thrown out. 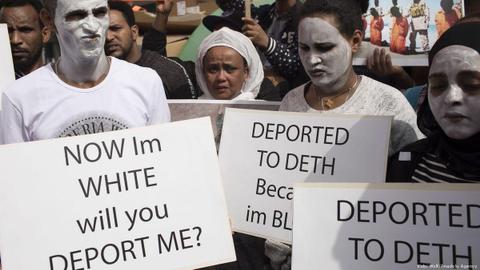 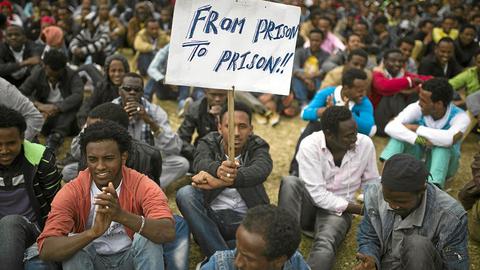 Uganda considering deal to take in African migrants from Israel