Political factions of Hashd al Shaabi founded in support of Iraqi army in its fight against Daesh after Sistani's call in 2014, are now getting ready for 2018 Iraqi elections. And Sistani says it's wrong for them to go into politics. Here's why:

"Citizens who are able to bear arms and fight terrorists, defend their country and their people and their holy places, should volunteer and join the security forces to achieve this holy purpose,” Iraq’s Shia cleric Ayatollah Ali Sistani said in a message during a Friday sermon on June 13, 2014.

It was shortly after Daesh advanced to Mosul to take control of the city and Shia majority Iraqi army ran away, leaving their arms behind. Daesh captured the city and declared it its de-facto capital.

Ayatollahs and clerics in Iraq are the only spiritual leaders who have no official say in the Iraqi legal system, and Ayatollah Sistani comes from a tradition which is not involved in politics, but his powerful message ended up mobilizing a backup force to the Iraqi army when it needed a push in defeating Daesh. That force is called Hashd al Shaabi.

Sistani is praised for “saving Iraq” with his fatwa and spearheading the Hashd al Shaabi forces which helped defeat Daesh. Three years after its founding, the commanders are now influential in internal politics, since they are financially and militarily backed by Iran.

But what seems like a shift in Sistani’s stance towards the Shia forces hasn't come as a surprise.

In favor of separation between religion and politics, Sistani is known for rejecting the Iranian model of theocracy and his discomfort with the Iranian influence in the country.

However with his call some pre-existing Iran-backed groups also gathered under Hashd al Shaabi as volunteers, creating a separate force from the Iraqi army. Iranian Revolutionary Guards stepped as advisers and trainers to those militia groups under the umbrella of Hashd al Shaabi, while Iran began providing funds and armouries to more than 100,000 Hashd fighters. The Hashd al Shaabi’s second man Abu Mahdi al Mohandis pledged allegiance to Iranian commander Qassem Sulaimani in early 2017.

But the creation of an independent military force with Iranian guardianship wasn’t exactly what Sistani called for. Insisting on the condition of picking arms only against Daesh in his Fatwa, Sistani’s representative has repeated the core principle of his message. Volunteering to fight against Daesh within the Iraqi Security Forces, without causing any division between Sunni and Shia Iraqis.

“Nobody should be confused to think that we support any armed groups operate outside of the law,” his representative said. “The Marjaiyah [highest level Shia authority] will never cause a division among Iraqis.”

Not long after, the crimes committed by the group in the Sunni majority Iraqi territories they captured from Daesh came under the spotlight, despite Sistani’s anti-sectarian fatwa. Human rights groups have accused Hashd al Shaabi of extrajudicial killings, torture, imprisonment and the forced eviction of Sunni Iraqis.

In need of combat support on the ground from Hashd al Shaabi, Iraq’s government continued supporting the controversial militias. In 2016, Iraq's parliament recognised the PMF as an independent organisation within the Iraqi army. The legislation of Hashd al Shaabi militias meant giving them the rights of any soldier and resources, such as salaries—but not applying all of its responsibilities and conditions, including accountability.

Increasing its budget amid concerns over Hashd militias' role in post-Daesh Iraq, Iraqi Prime Minister Haider al Abadi clarified the Iraqi government’s stance towards the paramilitaries in July 2017, a month after declaring the fall of so-called caliphate.

"The Hashd is from us and we are from them,” he said. "It is a security, main and neutral institution and will stay within the framework of the Iraqi state."

Abadi has repeatedly said that political factions of the militia groups would not be allowed to participate in the country’s upcoming parliamentary elections, set to be held on May 15, 2018. But dozens of political parties and entities directly linked to Hashd al Shaabi, including former spokesman Ahmad al Assadi, registered to run in the elections. But the Hashd-linked factions reportedly already received approval from the electoral commission.

Sistani, who paved the way for the creation of PMU forces to fight against “terrorism” now warns that his fatwa “should not be used to achieve political aims.”

“The victory over Daesh doesn’t mean the end of the battle with terrorism,” he says. 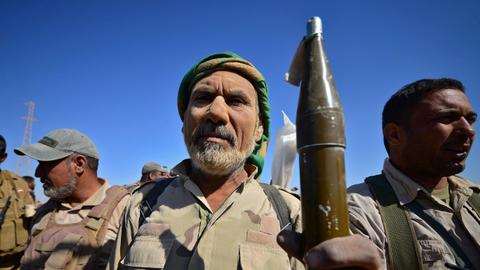 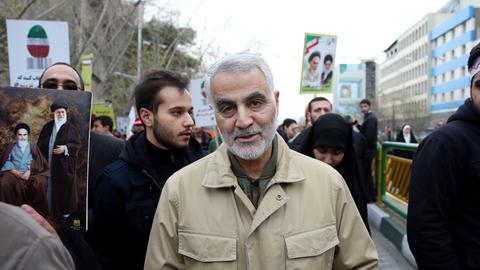