The bus was carrying dozens of passengers when the driver lost control and fell into Mansuriya canal in Aga town, in the Nile Delta province of Dakahlia, local media reports.

At least 20 people have been killed and six others injured when the minibus they were travelling in overturned in northern Egypt's Nile Delta.

The minibus tumbled into a ditch on Saturday in Dakahlia province, the health ministry said.

The ministry previously said 19 were killed and six injured when the minibus fell into the Nile River.

Prosecutors said police had arrested the driver after a preliminary drug test suggested he had been driving under the influence of narcotics.

They said he was also suspected of using a mobile phone at the wheel at the time of accident.

18 ambulances were dispatched to the scene to search for survivors, a health ministry statement said.

Traffic accidents are common in Egypt where roads are often poorly maintained and driving rules flouted, despite government efforts to improve the country’s road network.

The country recorded 56,789 deaths and 6,164 injuries in road accidents in 2020, according to the state statistics agency CAPMAS.

In 2021, around 7,000 people were killed on the roads of the Arab world's most populous country, according to official figures.

In July, 25 people died and 35 were injured in central Egypt when a bus crashed into a truck parked on the side of the road.

The Turkish Foreign Ministry extended condolences to the people of Egypt.

“We wish Allah's mercy upon those who lost their lives, extend our condolences to the families as well as to the brotherly people of Egypt and the Arab Republic of Egypt, and wish swift recovery to the injured,” is said in a statement. 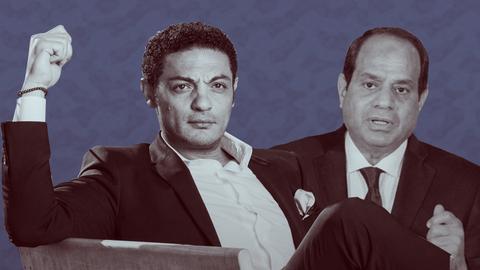