Civilian among six dead in US strikes – Iraq military

Three Iraqi soldiers and two policemen were killed in US overnight air strikes, a statement from Iraq's military said, adding some Iraqi fighters are critically wounded.

Three of the dead were Iraqi soldiers and two policemen, the military statement said, adding that 11 Iraqi fighters were also wounded, some of them critically.

The civilian was a cook working at the unfinished Karbala airport, where another civilian employee was also wounded in the raids.

The volley of strikes was in response to a rocket attack on an Iraqi base late on Wednesday that killed two US military personnel and one British soldier.

The Pentagon said the strikes targeted five weapons stores used by Iran-backed Iraqi paramilitary groups, including facilities housing arms used in past attacks on US-led coalition troops. But an Iraqi military statement said no paramilitary fighters had been killed.

Iraq's military condemned the overnight air strikes describing it as targeted aggression against the nation's formal armed forces and a violation of sovereignty. 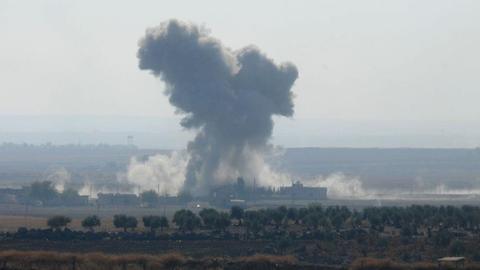 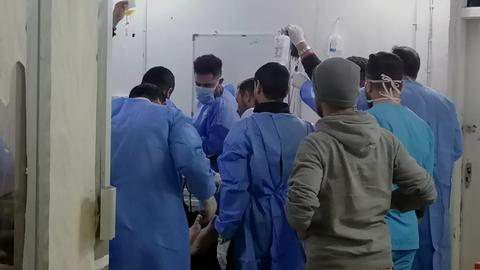 US strikes on Iran-backed militia in Iraq, Syria killed 25