Opposition politicians accuse the Israeli prime minister of putting his personal interests above those of the state.

Israeli Prime Minister Benjamin Netanyahu said on Wednesday that he will seek parliamentary immunity from prosecution in three graft cases.

Netanyahu, who is accused of bribery and fraud, mentioned the move in a speech on live television just four hours before a deadline for an application was to expire.

He said in his address that the charges against him were politically motivated and he was entitled to parliament’s protection.

“In a democracy, only the people decide who will lead them,” Netanyahu, who is the longest serving prime minister in the country's history, told the audience.

“The State of Israel has become the hostage of a personal problem of Netanyahu. He doesn’t care about Left, Right, religious or secular,” he said.

Applying for immunity is a politically-risky move which could delay Netanyahu’s corruption trial for months.

Under what conditions can Knesset members seek Immunity Law protection?

According to Israeli law, there are four kinds of justifications which can freeze legal proceedings: The first one is if MPs are accused of a crime while carrying out their job.

Secondly, when prosecutors are not acting in good faith or in a discriminatory fashion, which Netanyahu is claiming.

The others deal with whether proceedings can affect the workings of government or are not in the public interest.

According to the allegations, Netanyahu granted state favours to Israeli media barons in exchange for gifts and positive coverage.

In response to the accusations, Netanyahu accused “the left and media” of trying to oust him, then he called the investigation a “witch hunt”.

Why does Netanyahu seek parliamentary immunity?

Netanyahu’s Likud Party was deadlocked with Gantz’s White and Blue in the April and September 2019 elections.

Because of the prolonged political deadlock, Israel will have another election in March.

If Netanyahu succeeds in his attempt to get immunity,the trial will be postponed until March.

Hassan Imran, an independent political analyst and director of One Justice, a Paris-based legal aid organisation, spoke to TRT World about the issue.

Imran said that Netanyahu is trying to find a political solution because he has no other way of getting out his legal troubles.

“He is demanding a trial by elections,” Imran said, explaining there are two options for Netanyahu, which are substantive and procedural immunity.

“Netanyahu is trying to seek a procedural immunity in which he cannot be indicted as long as he is in office,” he said.

“If Netanyahu does not win the election, he is most likely going to end up facing the trial which could end him up in jail.” 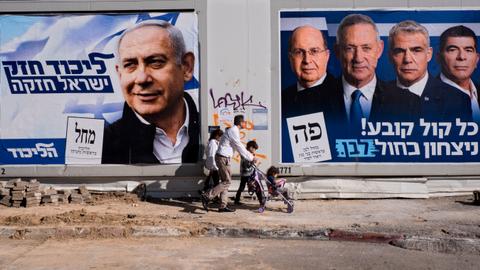 This is why Israel's political deadlock is here to stay