Hussein was arrested in December 2016 without trial or charges. His release was confirmed by his daughter.

An Egyptian court has ordered the release of Al Jazeera journalist Mahmoud Hussein, his daughter said on Thursday.

Zahra Hussein announced her father’s release on social media, with a post that read: “Dad has been freed, thank God.”

Hussein, an Egyptian national, was arrested in the Egyptian capital, Cairo, in December 2016 and was held since without trial or charge.

Egyptian authorities later accused him of spreading false news on behalf of his Doha-based employers, an accusation the network rejected.

Hussein, a father of nine, was in Egypt on holiday at the time of the arrest.

Al Jazeera journalist Abdullah el-Shamy, who was himself imprisoned in Egypt between 2013 and 2014, said on Twitter that Hussein had been released with “precautionary measures”. It was not immediately clear what these were.

Egypt has long been at loggerheads with Al Jazeera and the Qatari government, which funds the channel.

After an international outcry, the trio were freed by Egyptian authorities in February 2015.

Egypt eventually broke off diplomatic relations with Qatar in June 2017, as part of a boycott and blockade campaign spearheaded by Saudi Arabia and the UAE.

Conditions for ending the spat included the demand that Qatar shutdown the Al Jazeera network.

According to the Reporters Without Borders, there were 32 journalists behind bars in Egypt at the start of 2019. 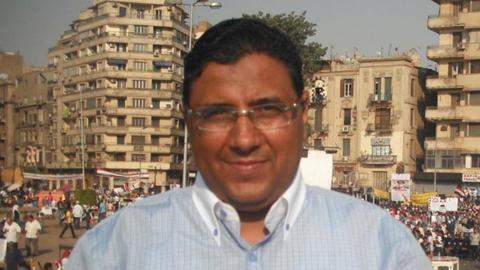