Governor of Sheikh Othman district of Aden in southern Yemen is also among the dead from chikungunya fever which is a viral illness that is spread by the bites of infected mosquitoes.

Fifty people lost their lives in Yemen's temporary capital of Aden due to the chikungunya fever, according to an anonymous government official late on Saturday.

More than 3,000 people were infected, said the official, who spoke on condition of anonymity to Anadolu Agency.

Governor of Sheikh Othman district of Aden in southern Yemen is also among the dead, said the source.

It is believed that the disease came about because of swamps caused by a flood disaster on April 21.

Eight people, including five children, died and houses were partially or completely destroyed by floods caused by heavy rains in Aden.

The Yemeni government declared the temporary capital a disaster zone.

Chikungunya fever is a viral illness that is spread by the bites of infected mosquitoes.

The disease typically lasts five to seven days and frequently causes severe and often incapacitating joint pain which sometimes persists for much longer periods, according to the World Health Organization. 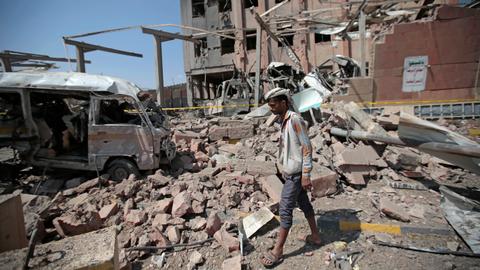