Three months ago, UN Chief Antonio Guterres announced a series of breakthroughs, which are apparently yet to come into effect as a new UNICEF report says at least eight children are still killed or injured in Yemen every day.

UNICEF’s latest report states that in Yemen eight children are killed or injured every day because of the war in the country. Millions of people have also been displaced as a result of the conflict.

The civilians surrounded by this bloody war in Yemen are the ones who are affected the most. UNICEF has urged the international community to prioritise children and respect their fundamental rights. The report goes on to say that nearly 1.2 million children continue to live in areas with heavy violence, particularly in the areas of Hudaida, Taizz, Hajjah and Sa’da.

Peace attempts to solve the problem

UN-brokered peace talks took place in Stockholm on December 13 to try and find a political solution to the four-year war. Iran-backed Houthis and the Saudi-backed Yemeni government came to an agreement to withdraw their troops from Hudaida by January 7. The movement by the two parties is meant to pave the way for negotiations to end the war.

However, there are disagreements over a deadline for withdrawal or a mechanism for local forces to take over security at the ports and city. There are a number of reasons as to why there hasn’t been a political settlement to date, but outside of politics, there are opportunistic ones as well.

“The war has created a war economy and there are a lot of actors who are benefiting from the war and there is a lot of profit to all warring parties benefiting the war. So because of that there is no genuine and serious effort, or willingness, from the warring parties to find a political settlement,” Afrah Nasser, Founding Editor-in-Chief of the Sanaa Review, tells TRT World.

It has not only delayed peace but also prevented the opening of humanitarian corridors, which aim to reach 10 million people on the edge of starvation in Yemen, the poorest country in the Arab world. Regardless of the talks, the conflict in Yemen continues and is still threatening the lives of millions.

Meanwhile, there is a Yemen pledging conference happening in Geneva for what the UN calls the world’s worst largest humanitarian crisis. The international community is coming together to support the millions of people who remain in a desperate situation.

The UNICEF report outlined what was needed from the international community, stating: “UNICEF appeals for unconditional contributions to provide lifesaving assistance to children in Yemen and urges a massive re-investment in Yemen to help Yemeni children have a future every parent across the globe aspires to for their own children. This is the only way that Yemen can stand back on its feet. If not, Yemen will be riddled with violence and its future will hang by a thread – with disastrous consequences for children.”

Nasser said: “The meeting in Geneva and the UN Security Council will make some kind of ‘fragile’ and ‘temporary’ difference.”

However, she added: “The long term difference does not come from high-level pledging conferences or mere words from the UN Security Council and resolution. So all the international community efforts very welcomed. But without finding a political settlement, all these humanitarian efforts will be just temporary. We need something for a long term solution.” 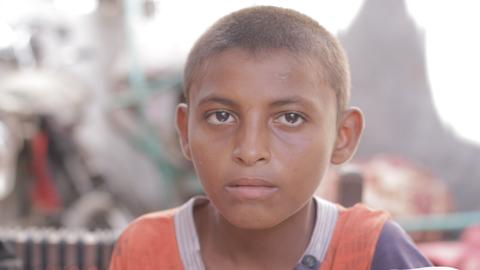