Iranian Foreign Minister Mohammad Javad Zarif has said the US strikes were "illegal and a violation of Syria's sovereignty" in a meeting with his visiting Iraqi counterpart Fuad Hussein.

Iran has condemned US air strikes against Iran-backed militias in Syria, and denied responsibility for rocket attacks on US targets in Iraq that prompted Friday's strikes.

Iranian Foreign Minister Mohammad Javad Zarif on Saturday condemned the US strikes as "illegal and a violation of Syria's sovereignty" in a meeting with his visiting Iraqi counterpart Fuad Hussein, Iran's state media reported.

Washington said its strikes on positions of the Iran-backed Kataib Hezbollah paramilitary group along the Iraq border were in response to the rocket attacks on US targets in Iraq.

Western officials and some Iraqi officials have blamed those attacks on Iran-backed groups.

However, Tehran has denied any involvement.

"Zarif said some recent attacks and incidents in Iraq are suspect, and could be designed to disrupt Iran-Iraq relations and Iraq's security and stability," the media reports said.

"We emphasise the need for the Iraqi government to find the perpetrators of these incidents," Zarif was quoted as saying.

Hussein gave assurances that "Baghdad will not allow incidents in this country to be used to disrupt the excellent relations between the two countries," state media reported.

Progress has been made in talks on Iran's frozen funds and Baghdad would facilitate Tehran's access to its funds, Hussein added.

Some $6 billion in Iranian funds have been blocked in Iraq because of US sanctions.

Hussein is in Iran "to discuss regional developments, including ways to balance relations and avoid tension and escalation" with Iranian officials, according to an Iraqi foreign ministry statement.

An Iraqi militia official close to Iran said the US strikes killed one fighter and wounded four.

US officials said they were limited in scope to show President Joe Biden’s administration would act firmly while trying to avoid a big regional escalation.

Washington and Tehran are seeking maximum leverage in attempts to save Iran’s nuclear deal reached with world powers in 2015 but abandoned in 2018 by then-President Donald Trump, after which regional tensions soared. 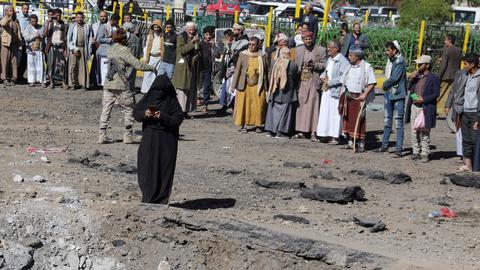 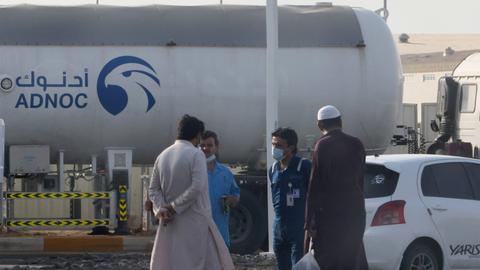