Tehran says seizure of the Korean tanker in Gulf waters is not a retaliatory move against Seoul, which has refused to release Iranian funds held over US sanctions.

Iran has accused South Korea of holding $7 billion of its funds "hostage" but stressed that Tehran's seizure of a Korean tanker in Gulf waters was not a tit-for-tat move.

"We are not hostage-takers," Iran's government spokesman Ali Rabiei told a press conference on Tuesday.

"We are used to such allegations. But ... it is the government of Korea that has taken over $7 billion of ours hostage on baseless grounds".

The Islamic Revolutionary Guard Corps on Monday sent out naval speedboats to seize the Hankuk Chemi with 20 crew aboard, accusing it of "breaking maritime environmental law".

Rabiei that the seizure was based on a court order after the tanker had "caused oil pollution in the Persian Gulf. It was warned beforehand, and the (seizure) request was a technical one."

South Korea has demanded the release of the ship and dispatched its anti-piracy unit to the region.

Seoul will dispatch a delegation to Iran soon to resolve the tanker situation "through bilateral negotiations," said its foreign ministry spokesman Choi Young-sam.

The vice minister's visit had been arranged prior to the seizure, as Tehran seeks the release of the billions of dollars held in Seoul over US sanctions.

Rabiei said South Korea had refused to provide Iran with the funds "even regarding goods that are not sanctioned" by the United States, noting that "our nation's historical memory will not forget this".

US President Donald Trump in 2018 withdrew Washington from a landmark nuclear agreement with world powers and then reimposed and reinforced crippling sanctions on Iran.

Iran's Guards said the Korean vessel was carrying 7,200 tonnes of "oil chemical products" after stopping at a Saudi port and was crewed by personnel from South Korea, Indonesia, Vietnam, and Myanmar.

The incident was the first seizure of a major vessel by the Iranian navy in more than a year.

In July 2019, the Guards seized the British-flagged oil tanker Stena Impero in the sensitive Strait of Hormuz for two months for allegedly ramming a fishing boat.

It was at the time widely seen as a response after authorities in the British overseas territory of Gibraltar had detained an Iranian tanker and later released it over US objections. 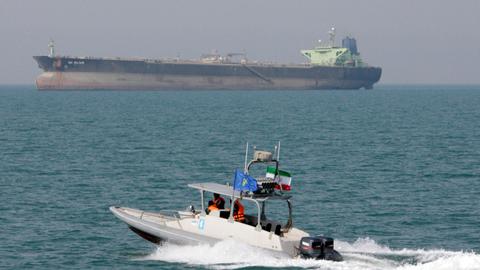 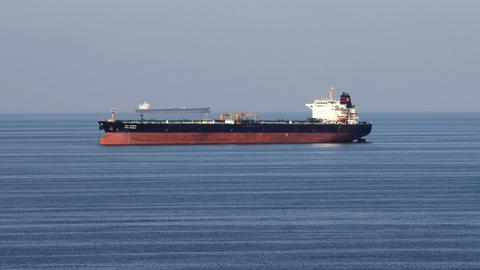