Behind Ahmadinejad's witty use of Twitter could lie a more serious message. Is he taking aim at the Iranian establishment?

Mahmoud Ahmadinejad, the former president of the Islamic Republic of Iran, ticks all the necessary #WokeAf boxes to give Bernie Sanders a run for his money.

From tackling economic injustice, Colin Kaepernick and Hugo Chavez, to Trump's border wall and the Muslim ban in the US – Ahmadinejad seems to be rebranding.

In a post-Trump world, Mahmoud Ahmadinejad's championing of social causes is as much about trolling the US as it is about showing something intriguing going on in the evolution of Iranian society.

While he's not the first world leader to use Twitter to communicate directly to a mass audience, his use of Twitter –likely on the advice of some pretty savvy advisors – suggests an understanding of American pop culture and its contemporary and longstanding social and political fault-lines. More importantly, he exploits those issues in effective and humorous ways.

Ahmadinejad, however, is also speaking to an internal Iranian audience.

His most recent comments commemorated the African America Black Panther co-founder Huey Newton – an iconic black activist who fought for civil rights and was later murdered. As if the reference to the Black Panther movement was not enough, the former president chose to use the lyrical flare of the late iconic hip-hop artist Tupac Shakur to describe the event.

The lyrics are from Tupac's hit song 'Changes', released posthumously, which tackles civil rights, police brutality, corruption, and the so-called war on drugs and poverty in the US during the late 80s until the mid-90s.

One of the main objectives of the #BlackPantherParty was feeding the hungry; which did not sit well with the #UnitedStatesGovernment . #BrotherHuey #October15

" It's time to fight back that's what Huey said. Two shots in the dark, now Huey's dead"

Ahmadinejad has also decided to tackle other hot-button issues in the US. From justice reform to the blackballing of Colin Kaepernick in the NFL, he taps into the most heated social media discussions.

In offering his views on the need to return to the gold standard, which maintains the “dictatorship of the dollar” and the power it bestows to America, Ahmadinejad is speaking to young, educated and disaffected Iranians, global leftist movements and people advocating against economic orthodoxy.

In commingling and seamlessly moving between these audiences, he and his advisors display a canny understanding of tapping into different social groups and ideas.

And in keeping with the ethos of the Iranian Republic he also serves up impromptu religious advice to his followers.

Sometimes the tweets take on a Trumpesque character like when he's burnishing the size of the crowds and his image of being a man of the people.

Despite facing restrictions in the country, more than 13 percent of Iranians have a Twitter account. The meteoric rise of Twitter in Iran can be traced to the 2009 protests under the reign of, yes, none other than one Mahmoud Ahmadinejad in what were widely seen as disputed elections.

At the time, according to social media analytics company Sysomos no more than 8,654 Iranians used Twitter. The rest as they say is history.

Iranians use Twitter to discuss politics and other contemporary social issues, which makes Ahmadinejad’s foray on the micro-blogging site, and his ideas, all the more interesting.

He has taken a swipe at social media restrictions, in what could be a veiled critique at the restrictions imposed on Twitter in Iran, something that will no doubt resonate with many young urban Iranians.

More interestingly he has also spoken about the need to reform “controlled democracies” which have not been able to provide “freedom and justice” – the Guardian Council in Iran chooses who can and cannot run for parliamentary or presidential elections.

Ahmadinejad’s use of Twitter is sending messages both externally, but also internally, to both his detractors and supporters.

Is Ahmadinejad positioning himself back into Iranian politics as a “reformist voice”?

The former Iranian president initially joined Twitter in March 2017 when he threw his hat into the ring to run for president. He was later banned from running by the Guardian Council, the body in charge of authorising candidates.

During his presidential term Ahmadinejad was a populist, now he’s a populist statesman amongst many international ones.

Ahmadinejad on his Twitter banner is posing with his two long-standing political allies. One Rahim Mashaie, former chief of staff to Ahmadinejad, who was only recently sentenced to six and a half years in prison.

Mashaie stopped tweeting after his arrest earlier this year. Whereas Hamid Baghaei, a close confidant of Ahmadinejad, has also been sentenced to 15 years in prison.

It remains to be seen what the impact of Ahmadinejad’s Twitter account will have on softening his international image while appealing to young Iranians yearning for a less restrictive society.

Until then, Ahmadinejad seems to be crafting a Bernie Sanders-like image in Iran. Not many would have foreseen that in 2009. 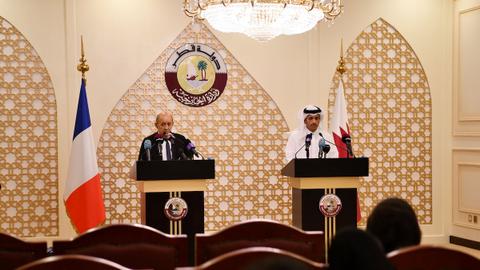