Is MBS using the 'Siege of Mecca' to rewrite history?

Under the garb of curbing extremism, the young crown prince of Saudi Arabia is targeting voices of dissent.

The Saudi Crown Prince Mohammad Bin Salman is rewriting part of his country’s history. One example of this hit screens this month across the Arabic-speaking world.

Al Assouf, a popular show on Saudi-owned MBC network, has dramatised the events of 1979 during what is known as the Siege of Mecca.

That was when a group of rebels led by Juhayman al Uteybi, a hardliner with bedouin roots, had occupied Islam’s holiest site — the Grand Mosque (Kaaba).

For two weeks there was an intense gunfight in which snipers holed up in the minarets of the sacred mosque picked off government soldiers below. The smell of gunpowder pervaded the air for days, armoured vehicles rolled in and blood smeared the grounds of a city where it is forbidden to kill even a bird.

Between 100 and 1000 people were killed in the battle to capture the renegade band of young men who believed in the coming of Mehdi (the Messiah) and purifying Islam from “western influence”.

The confusion over the exact number of dead, even 40 years later, is partly due to the tight control Saudi authorities exercise over any sort of information related to the matter. The siege has remained a taboo subject until recently.

“This is the first time we are seeing a state-approved story that is really hammering on the insurgents,” says Ryan Bohl, a middle east analyst at Stratfor.

“The siege of Mecca is being discussed now because it’s part of the drive to try and suck out the energy of the old Wahhabi religious establishment,” he told TRT World.

The 33-year-old crown prince, or MBS as he is commonly known, is adamant in telling the world that the 1979 siege along with other regional developments such as the Iranian Revolution was a turning point in the kingdom’s history.

Prior to those watershed events “we were living a very normal life like the rest of the gulf countries; women were driving cars, there were movie theaters in Saudi Arabia,” the prince told CBS network in a 2018 interview.

Assertions like these are part of a narrative that shows Saudi Arabia as a liberal society up until that fateful year.

But people who have closely studied Saudi politics reject such an explanation. And it was none other Jamal Khashoggi, the slain Saudi journalist, who was among the first to point to the dichotomy in this narrative.

In an article written for the Washington Post, just months before his assassination and a few days after the CBS interview, he wrote Saudi women weren’t driving cars in the 1970s and the theatres were a makeshift affair operating under constant fear of the religious police.

“MBS would like to advance a new narrative for my country’s recent history, one that absolves the government of any complicity in the adoption of strict Wahhabi doctrine.”

Al Assouf is at the forefront of beaming Bin Salman’s make-believe image into millions of homes.

As per the interpretation of MBS, his predecessors had no option but to pacify Sunni-Muslim hardliners by giving them greater authority and concessions in a bid to avoid a replay of the Seige of Mecca. And now he’s trying to curtail their influence.

But instead of taking steps that will change the kingdom’s ties with the religious orthodoxy, Saudi Arabia has launched a crackdown on moderate clerics who were not happy with the regime’s policies.

In September 2017, Saudi security forces arrested Salman al-Odah, a popular Islamic scholar, after he tweeted support for reconciliation with Qatar, which is facing an economic blockade by Riyadh and its regional allies.

Al Odah, 63, had already been a problem for Saudi rulers. He was among the first scholars who backed the Arab Spring. In his 2012 book the 'Questions of Revolution' he wrote: “People don’t provoke revolutions — only repression, oppression, corruption, backwardness and poverty provoke revolution.”

The book was subsequently banned along with the TV programme he used to host.

Al Odah is seen as a reformer and belongs to Sahwa or the Islamic Reawakening movement.

Sahwa emerged in the 1960s as the members of pan-Arabic political movement — the Muslim Brotherhood — escaping persecution in Egypt and Syria found refuge in Saudi universities, writes Thomas Hegghammer, author of 'The Mecca Rebellion'.

Among other scholars who face the Saudi state’s ire are Awad al Qarni and Abdullah al Hamid.

Juhayman al Uteybi and his followers had little to do with Sahwa. Instead, they were a product of the al Jama’a al Salafiyya al-Muhtasiba (JSM) or the Salafi Group that Commands Right and Forbids Wrong.

The JSM followers became famous in 1965 when they went around Medina tearing down pictures and destroying mannequins. The most extremist among them didn’t even believe in using pictures on their passports.

JSM was influenced by the state-sponsored Wahhabi scholars such as Abd al Aziz bin Baz, raising questions about the crown prince’s intention.

“As of now, it is not clear who could take on the task of reforming Saudi Islam, since the Wahhabi establishment has no interest in promoting a reform that could call into question its status, and most of the best Muslim reformists are in a state of arrest,” wrote Chiara Pellegrino, a researcher at Oasis Center. 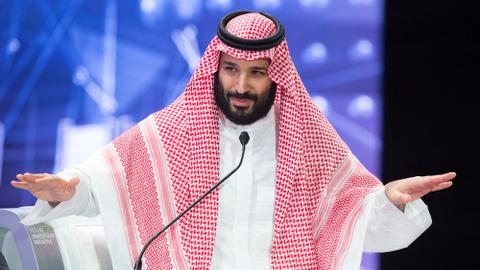