Israel has one stance on Gulf Arabs, another on Palestinian Arabs

While stressing his desire for close relations with Arab states, at home Israeli Prime Minister Benjamin Netanyahu has introduced discriminatory laws against Arab citizens and continues to subject Palestinians to strict military occupation.

Israel and the UAE have finally made their alliance public with US President Donald Trump announcing that the countries would normalise their relations.

Thursday’s announcement came as no surprise to the most casual observers of the Middle East. For years the relationship between Abu Dhabi and the Israelis was an open secret, with the Gulf state finding itself on the same side as Israel on issues, such as Iran, Libya, the Arab uprisings, and others.

For the Israelis, agreement with the UAE is the latest achievement in their campaign to normalise their dealings with the Arab World.

Until Thursday, just Egypt and Jordan, had normalised relations with Israel, with most Arab states refusing to establish diplomatic relations over Israel’s occupation of Palestinian land and treatment of Palestinians both inside Israel proper and within the occupied territories.

Nevertheless, Israel has pushed hard to find Arab allies, and the efforts are finally bearing fruit.

“I've always believed that we could establish peace with the Arab world and I have been working towards that lofty goal for decades. You may not know it, but I've been doing it all the time in meetings that are publicized and in many that are not.” Israeli Prime Minister Benjamin Netanyahu wrote on Twitter on Thursday.

These words have come coupled with friendly visits to Arab states by both Netanyahu and senior ministers.

In October 2018, the Israeli prime minister visited the Gulf Arab state of Oman, which he said occurred after “lengthy contacts” between the states.

Even before the normalisation between Israel and the UAE, multiple senior ministers have visited Abu Dhabi, including then-Foreign Minister Israel Katz in 2019.

However, while such meetings have been cordial, such niceties have been in short supply when it comes to the millions of Palestinian Arabs under Israeli rule.

While strengthening its ties to Gulf Arabs on one hand, Arab citizens of Israel have been facing greater discriminatory measures on the other.

The Nation-State law of 2018 defined Israel as a specifically Jewish nation and demoted the status of the Arabic language from co-official to a ‘special status’ language.

The measures were in addition to existing laws that prevent or restrict Arab citizens from leasing land and allowing them to live with spouses who do not have Israeli citizenship.

Realities for Palestinian Arabs under Israeli occupation also strike a stark contrast with the way Israel talks about its new Arab friends.

For most Palestinians in the Occupied West Bank, daily life is a ritual of navigating the realities of Israeli military occupation.

A trip of a few dozen kilometres would take hours as the journey is broken up by scores of checkpoints, land can be seized on the whim of military authorities or Israeli courts, and an Israeli soldier can end a life seemingly at random.

In Gaza, Palestinian Arabs have been subject to one of the longest military sieges in modern history. Its residents, the majority of whom are descendants of Palestinians ethnically cleansed by Zionist gangs from what is now Israel proper, have to put up with regular deadly airstrikes and the threat of war.

The last major conflict involving Israel in Gaza, led to the deaths of more than 2,000 Palestinians, a majority of them civilians.

With Israel only promising to temporarily halt its annexation of the occupied West Bank in response to the deal with the UAE, it would appear that Netanyahu seems determined to court non-Palestinian Arabs on the one hand, while subjecting Palestinians to the same cycle of violence and occupation. 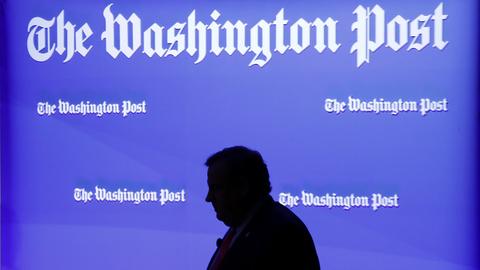 Is the Washington Post Khashoggi fellowship another headache for MBS?