Saad al Hariri’s resignation as prime minister has left Lebanon without a government for nearly three months, in a time the country has been trying to recover from a deep economic crisis.

Lebanon is on the brink of forming a new government, caretaker finance minister Ali Hassan Khalil said on Thursday.

Lebanon has been without a government since Saad al Hariri resigned as prime minister on October 29 in the face of sweeping protests against the country's elite, complicating efforts to mount a recovery from a deep economic crisis.

"Today I think that we have progressed to a very big extent and we can say that we are on the doorstep of forming a new government," said Khalil.

He said the new cabinet would be comprised of 18 specialist ministers.

Protesters who blame the country's elite for endemic corruption have demanded that any new government be made up of technocrats.

Last month Hassan Diab, a little-known former minister, was designated as premier to form a new government after the failure of efforts to forge a deal for the return of Hariri, an ally of the West and Gulf Arab states.

Khalil was speaking to reporters after a meeting between Diab and parliament speaker Nabih Berri.

Lebanon is hoping to form a new government that can enact swift reforms and convince donor countries to release previously pledged financial support. 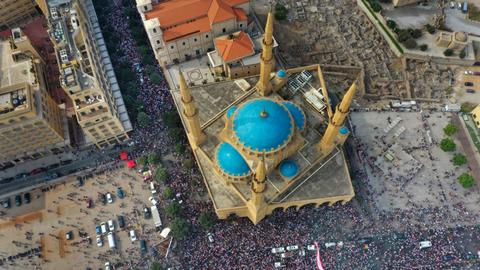