1
‘Most expensive’ artwork ever draws attention to student debt in the US
2
Several dead in rare Baghdad suicide attack
3
Turkey condemns Israel's new settlement plan
4
Parler partially pops up with some help from Russian tech firm
5
Turkey: Ready to support Iraq in clearing Sinjar of terrorists

Lebanon said on Saturday it would default on its Eurobond debt for the first time and seek out restructuring agreements amid a spiralling financial crisis that has hit foreign currency reserves.

But Prime Minister Hassan Diab said that foreign currency reserves have fallen to "a worrying and dangerous level which pushes the Lebanese government to suspend payment of the March 9 Eurobond maturity because of a need for these funds."

"The Lebanese state will seek to restructure its debts, in a manner consistent with the national interest, by entering into fair negotiations ... with all creditors," he said in a live address.

Lebanon's debt burden, long among the largest in the world, is now equivalent to nearly 170 percent of its gross domestic product (GDP).

Despite a series of crises, the country has never before defaulted, but in recent months it has grappled with its worst economic turmoil since the 1975-1990 civil war.

Foreign currency inflows have slowed, Lebanon's pound has plunged in value and banks have imposed tough restrictions on dollar withdrawals and transfers.

Local banks, which own a chunk of the Eurobonds maturing on March 9, had argued against a default, saying it would pile added pressure on a cash-strapped banking sector and compromise Lebanon's ties with foreign creditors.

According to Marwan Barakat, head of research at Bank Audi, Lebanese banks owned $12.7 billion of the country's outstanding $30 billion Eurobonds as of the end of January.

The central bank held $5.7 billion and the remainder was owned by foreign creditors, he said.

According to local media reports, Lebanese banks have recently sold a chunk of their Eurobonds to foreign lenders.

Anti-government demonstrators who have remained on the streets since October have lobbied against repayment, fearing a depletion of reserves could further limit access to their savings.

"We shouldn't have to pay the price of government shortcomings," said Nour, a 16-year-old demonstrator, during a rally outside the central bank's headquarters in Beirut.

Rallies were held across the country on Saturday to decry deteriorating living conditions.

Credit rating agencies have warned of further downgrades in the event of a default, but economists have stressed the need to protect Lebanon's foreign currency reserves.

Jad Chaaban, an economics professor at the American University of Beirut, blamed the political class for Lebanon's predicament, accusing it of decades of corruption.

The crisis "is the creation of a failed and criminal political class that has lied and robbed for more than 30 years," he said on Facebook.

He called on officials to restructure the debt and introduce an economic rescue plan that would protect modest depositors.

Diab met last month with a delegation from the International Monetary Fund to discuss how to tackle the country's spiralling economic crisis.

The premier asked the Washington-based emergency lender for advice, but has yet to ask for funds.

"Lebanon needs first and foremost an imminent debt restructuring plan within the context of a comprehensive plan for debt management," he told AFP.

The best move would be "to have such a plan under the umbrella of the IMF," since that would enable international financial assistance to materialise, he said.

The Lebanese pound, which has officially been pegged to the dollar since 1997, has plummeted on the parallel market, amid soaring inflation and unemployment.

The World Bank has warned of an impending recession that may see poverty rates rise drastically.

Lebanon's foreign backers, including France, have said they are willing to offer financial assistance if the country takes serious steps towards addressing the ailing economy.

An $11 billion (10 billion euro) aid package pledged at a conference dubbed CEDRE in Paris in April 2018 has not been unlocked by donors due to a lack of reform. 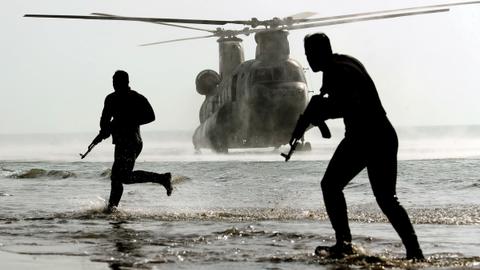 1
‘Most expensive’ artwork ever draws attention to student debt in the US
2
Several dead in rare Baghdad suicide attack
3
Turkey condemns Israel's new settlement plan
4
Parler partially pops up with some help from Russian tech firm
5
Turkey: Ready to support Iraq in clearing Sinjar of terrorists