The order was postponed to allow for the study of its impact on the national currency and banking transactions, as well as on savers' money and economic security.

Lebanon's attorney general has suspended an order freezing the assets of 20 banks and their directors over concerns about its impact on the country's fragile economy, state-run media said.

The order was postponed to allow for the "study of its impact on the national currency, banking transactions as well as on the money of savers and economic security", Ghassan Oueidat said Thursday according to a statement carried by the National News Agency.

"Such a measure would likely drag the country and its financial sector into chaos."

Lebanon has been gripped by mass protests against the political class and banking sector even as it suffers its worst economic crisis in decades.

The streets of #Beirut have been so vibrant with protests since last night. I can't wait to be back on the streets covering the #LebanonProtests - this reminds me of the early October-November 2019 start ❤ #Lebanon (📸 @MiaAtoui) pic.twitter.com/llqN85H6ss

Banks have imposed increasingly tight limits on dollar withdrawals and transfers abroad as part of measures to tackle a severe liquidity crisis.

But bankers stand accused of having sent millions of dollars abroad despite those limitations.

On Monday the prosecutor separately called in 15 banks over more than $2 billion in capital flight despite the restrictions in the two months after the start of the protests.

The value of the Lebanese pound has plummeted on the black market, prices have risen, and many businesses have been forced to slash salaries, dismiss staff or close.

Lebanon is one of the most indebted countries in the world, with a public debt equivalent to 150 percent of its gross domestic product (GDP).

The country is now under pressure to pay a $1.2 billion Eurobond maturing on March 9, with a decision expected on Saturday on whether or not to default. 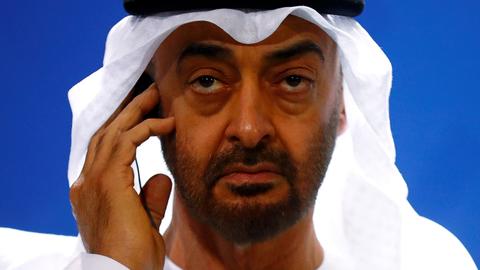