Another controversy emerges from the same MBS playbook where he tries to bully political and business leaders into toeing his agenda.

Saudi Crown Prince Mohammad Bin Salman is in for more trouble - or so it seems. The revelations, reported by multiple news outlets, that he personally sent an infected video file, which aided in hacking Jeff Bezos’s phone shows how far the Saudis are willing to go to cover up their criminal tracks.

Bezos, the billionaire founder of Amazon.com, faced embarrassing public scrutiny when details of his extra-marital affair were leaked last year.

That happened just months after Jamal Khashoggi, a Saudi dissident journalist who wrote regular columns in The Washington Post, was brutally murdered in 2018 at the Saudi consulate in Istanbul.

Bezos owns the Post, which was publishing reports on Khashoggi’s killing, at the time.

“Some Americans will be surprised to learn that the Saudi government has been intent on harming Jeff Bezos since last October, when the Post began its relentless coverage of Khashoggi’s murder,” he wrote in March last year.

The United Nations is due to release a report of its investigation into Khashoggi killing in a few hours. It will also have details of the forensic examination of Bezos’s phone, says the Post.

Saudi authorities have been accused in past of hacking the phones of activists and using Pegasus software made by an Israel spyware firm NSO Group.

This poses a challenge to MBS’ plans, as he is popularly known, to open the Saudi economy to foreign investment. The crown prince wants to wean the kingdom away from its dependence on oil by promoting tourism and other service industries.

But he has come to be seen as a bully who would go to any lengths to have his way, even if that means a complete disregard for established principles of international diplomacy.

The Saudis were not happy with the meeting of Muslim leaders in Kuala Lumpur because they saw it as a challenge to the Jeddah-based Organisation of Islamic Cooperation.

The rogue way in which MBS deals with political and business leaders has become his hallmark.

In 2017, hundreds of Saudi businessmen and royal family members were arrested on his orders in an apparent purge against corruption. No one was formally charged and many were let go after agreeing to pay billions of dollars to the Saudi government.

Another incident, when the 34-year-old future king of Saudi Arabia apparently held Lebanon’s former Prime Minister Saad Hariri under a house arrest for a few days also became the talk of the town.

This latest crisis will put the spotlight on the crisis in Yemen where thousands of people have been killed in a war between Saudi-led forces and Iran-aligned Houthi rebels.

MBS has close ties with people around US President Donald Trump especially his son-in-law, Jared Kushner, something which has helped him avoid a stronger American backlash up until now.

Saudi Arabia is also a major buyer of American weapons - a point Trump has mentioned repeatedly.

While internationally, MBS has received praise for curbing religious restrictions by allowing women to drive and opening up movie theatres, at home he’s become increasingly dictatorial with zero tolerance for dissent. Ironically, he has jailed women activists who protested the ban on women driving, a ban he lifted as part of his ‘reforms’. 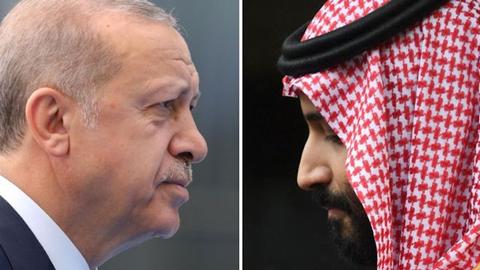