The Russian Defence Ministry says 15 service people died in the incident off the Syrian coast after Israeli fighters forced the warplane into the path of regime air defence systems.

Russian President Vladimir Putin on Tuesday said "a chain of tragic circumstances" is to be blamed for a Russian military aircraft shot down by a Syrian missile.

He vowed to boost security for Russian troops there.

Putin said the Kremlin will look into circumstances surrounding the incident.

Putin made his remarks several hours after the Defence Ministry put the blame squarely on Israel for "provoking" the incident.

Putin did not voice his grievances against Israel but said he supported the Defence Ministry's statement.

Israel says its deputy ambassador in Moscow was summoned to the Russian Foreign Ministry.

Israeli Foreign Ministry spokesman Emmanuel Nahshon says that there will be no comment on what was discussed between Deputy Ambassador Keren Cohen-Gat and Russian officials.

Russia had initially blamed Israel for the incident saying the plane was caught in the crossfire as four Israeli fighters attacked targets in northwestern Syria.

Israel responded by saying Syria is responsible for shooting down the aircraft.

It said Israeli jets had targeted a Syrian weapons facility and were already back within Israeli airspace when the incident happened.

Jan Franke has the latest from Tel Aviv.

Russia's Defence Ministry on Tuesday said the military aircraft, an Il-20 turbo-prop plane used for electronic reconnaissance, disappeared from radar screens over Syria at the same time that Israeli and French forces were mounting aerial attacks in Syria.

Around the time the plane disappeared, regime media reported that the Syrian coastal city of Latakia — near a Russian airbase the Il-20 was returning to — came under attack from "enemy missiles," to which regime missile defence batteries responded.

The defence ministry in Moscow said the aircraft was returning to the Russian-run Hmeymim airbase in Latakia province when, at about 11:00pm Moscow time (20:00 GMT) on Monday, it disappeared from radar screens.

The plane was over the Mediterranean Sea about 35 km from the Syrian coastline, Russia's TASS news agency quoted the ministry as saying in a statement.

"The trace of the Il-20 on flight control radars disappeared during an attack by four Israeli F-16 jets on Syrian facilities in Latakia province," the statement was quoted as saying.

Russia's military operation in Syria, which began in late 2015, turned the tide of the conflict in favour of Moscow's ally, Syrian regime leader Bashar al Assad, in his fight against rebels and opposition forces.

But it has come at a cost to Russia.

In December 2016, a Russian plane carrying dozens of Red Army choir singers, dancers and musicians crashed into the Black Sea on the way to Syria, killing all 92 people on board.

In March this year, a Russian military transport plane crashed when coming in to land at the Hmeymim base, killing all 39 people on board.

Multiple countries have military operations underway in and near Syria, with forces on the ground or launching strikes from the air or from ships in the Mediterranean.

In some cases, those countries are backing opposing sides in the Syrian conflict.

Hotlines are in place for key stakeholders to share operational information on their deployments, but diplomats and military planners say there is still a high risk of one state inadvertently striking another country's forces. 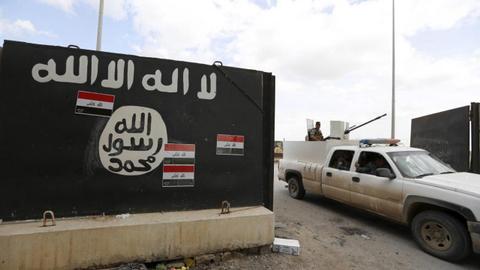