The minister also referred to the US saying he was confident that Democrat Joe Biden's incoming administration would pursue policies that help regional stability and that any discussions with it would lead to strong cooperation.

Saudi Arabia's Foreign Minister Prince Faisal bin Farhan Al Saud has told Reuters that his country had "good and amicable" relations with Turkey and that there was no data to suggest that there was an informal boycott of Turkish products.

He also said in a virtual interview on the sidelines of the G20 Leaders Summit on Saturday that the kingdom, along with the United Arab Emirates, Egypt and Bahrain, was continuing to seek a way to end a dispute with Qatar, although they continued to want to address legitimate security concerns.

The minister also said he was confident that Democrat Joe Biden's incoming US administration would pursue policies that help regional stability and that any discussions with it would lead to strong cooperation.

"I'm confident that a Biden administration would continue to pursue policies that are in the interest of regional stability," Prince Faisal bin Farhan Al Saud said.

The two countries have had good relations for more than 75 years, he said, adding: "Any discussions we will have with the future administration will lead to strong cooperation."

Prince Faisal said it would be "entirely appropriate" for the United States to designate the Iran-aligned Houthi movement in Yemen as a foreign terrorist organisation.

Washington sees the group as an extension of Iranian influence in the region. President Donald Trump's administration has been threatening to blacklist the group, sources have told Reuters, as part of its "maximum pressure" campaign against Tehran.

Those areas may now become points of friction between Biden and Saudi Arabia, a major oil exporter and buyer of US arms.

READ MORE: What are the major challenges facing Biden in the Middle East? 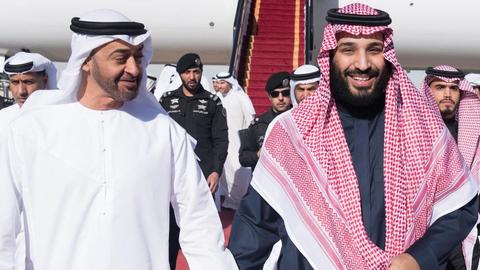