Fighting has raged in Idlib and surrounding areas since April 30, when Syrian regime forces supported by Russian airstrikes entered the overcrowded enclave.

A Syrian rescue group and an alliance of non-governmental organisations gathered in Istanbul on Friday e the escalation of violence in the Idlib province of northwestern Syria.

He said international pressure on Russia was urgently needed to stop the Syrian regime's "barbaric campaign", which has already displaced some 300,000 people, according to the rescue group.

Another speaker, Dr Zahed al Masri, representing health workers, warned this could lead to a new refugee crisis that would affect Turkey and the European Union.

The Syrian NGO Alliance appealed to the United Nations Security Council to stop the escalation.

On Friday, the head of Turkish Red Crescent, also know as Kizilay, Kerem Kinik pointed to the widespread destructive impact of the violence on its more than 2.5 million residents of Idlib, saying he is worried over its humanitarian outcome of the violence.

He said in the past month alone, at least 160 people have been killed, thousands injured and nearly 300,000 displaced.

Fighting has raged in Idlib and surrounding areas since April 30, when Syrian regime forces supported by airstrikes entered the overcrowded enclave. 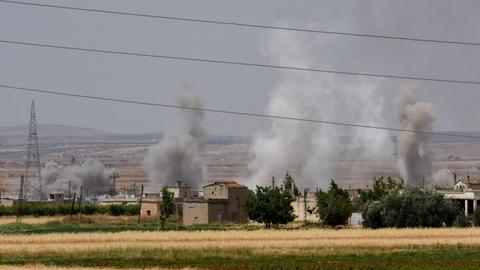 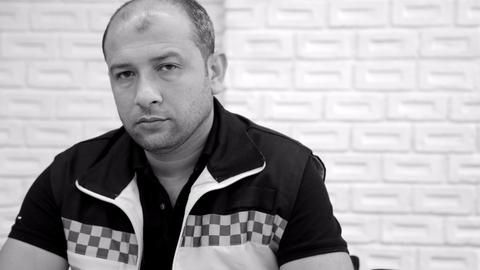 The man who sees Syrian politics in the rubble