Saudi Arabia on Thursday opened the trial of 11 suspects in the murder of Riyadh critic Jamal Khashoggi, with the prosecution calling for the death penalty for five of the alleged killers.

The United Nations Human Rights Office spokeswoman said on Friday that a trial taking place in Saudi Arabia into the October 2 killing of journalist Jamal Khashoggi was "not sufficient."

Speaking to press members in Geneva, Ravina Shamdasani reiterated the office’s call for an independent investigation, “with international involvement,” into the incident.

“From the very beginning of this case, we’ve been pressing for justice.We’ve been calling for an independent investigation with international involvement,” Shamdasani said.

“We are aware of this trial that is taking place in Saudi Arabia, but this is not sufficient," she added.

In response to a question about the seeking of death sentences for five suspects by a Saudi prosecutor, she said the UN rights office always opposed the death penalty.

The first trial session of suspects in the Khashoggi murder case was held on Thursday in the Saudi capital Riyadh.

A criminal court in Riyadh held the trial session for 11 defendants, local media reported, citing a statement issued by the Saudi Public Prosecution.

The Public Prosecution demanded the death sentence for five defendants.

Khashoggi, an occasional contributor to The Washington Post, went missing after entering the Saudi Consulate in Istanbul on October 2.

After producing various contradictory explanations, Riyadh acknowledged that he was killed inside the consulate building, blaming the act on a botched rendition operation.

For more on the trial of the suspects in Khashoggi's killing, read here. 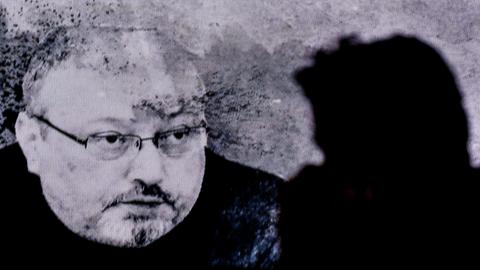 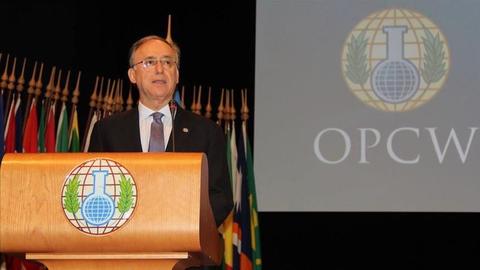 Chemical weapons watchdog: Turkey did not use white phosphorus in Syria