The claim to have "liberated" Qatabah city in Yemen’s southern Dhale province comes as fighting escalated in the region over the past few weeks.

The Yemeni army on Friday recaptured a city in Yemen’s southern Dhale province from Houthi rebels, according to a military source.

“The army has succeeded in liberating the city of Qatabah from Houthi militants,” Yemen’s UAE-trained Security Belt forces said in a statement.

“Following an offensive that began early Friday, the army managed to wrest total control of the city,” the statement read, going on to assert that “dozens” of Houthi fighters had been killed in the offensive.

The Houthi leadership, for its part, has yet to comment on the army’s claims.

Yemen's human rights minister, Mohammed Askar, told reporters on Thursday that weeks-long fighting in Dhale has killed over 27 civilians and displaced around 10,000 people.

The UN envoy for Yemen urged the warring parties on Wednesday to maintain the momentum of the initial pullout of Houthi rebel forces from three ports by moving quickly to larger joint withdrawals — and to work urgently on a political solution to the devastating conflict.

Martin Griffiths told the Security Council there are "signs of hope" but also "alarming signs in recent days" that progress can be threatened, noting that war often trumps peace.

He pointed to an escalation of violence in Yemen's southern Dhale province, which had been under the control of forces loyal to the internationally recognised government.

Rebel incursions into Dhale started in April, and it was was in part aided by ongoing feuding between government fighters and those backed by the United Arab Emirates, which is part of the Saudi-led coalition.

Yemen has been wracked by violence since 2014, when the Houthi rebel group overran much of the country, including capital Sanaa.

The crisis escalated in 2015 when a Saudi-led military coalition launched a massive air campaign in Yemen aimed at rolling back Houthi gains. 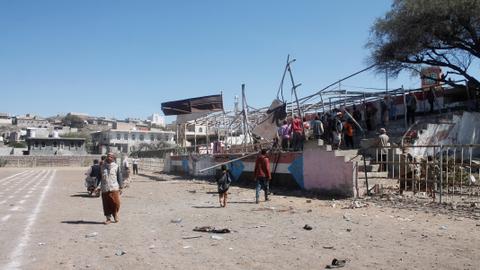 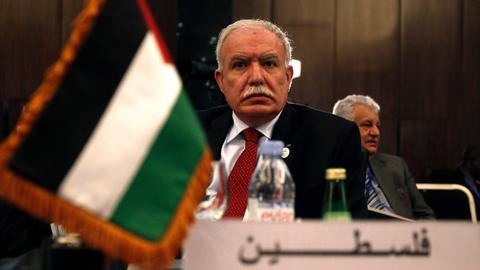