India's consistent failure to implement simple solutions has led to another massive rail accident. This time it's cost the lives of 61 people and injured over 140. Is it government negligence?

The recent mowing down of 61 people on a railway track in north India’s Amritsar city, while shocking, is not entirely surprising given the general disdain towards ordinary people.

On October 19, scores of people were on the rail tracks watching celebratory fireworks in a nearby ground to mark the nine-day Hindu Dussehra festivities.  At around seven pm, a local train came hurtling down the track, killing 61 and leaving 143 injured. In seconds, the revelry turned into a grisly tragedy.

The organisers, close to the ruling Congress party in Punjab state, have been on the run and all kinds of reasons, justifications, criticism, post-mortem etc. have been bandied about to arrive at something close to a rational reason to explain how the tragedy happened.

While an accident of this kind is undoubtedly rare, it is not entirely surprising that it occurred in the first place given that there is a casual disregard towards safety and value for human life in the country, especially when it has to do with the person on the street.

Logically, when an event of the kind in Amritsar was organised, it was expected to draw in huge crowds as the day was a public holiday and the spectacle of fireworks is an attractive proposition.

Wouldn’t it have been possible to alert the railways, set up a temporary signal some distance away warning oncoming trains to go slow or to stop until the crowds cleared from the rail tracks? But such thinking, seemingly simple, needs to break several cultural barriers and mindsets before even being contemplated.

For those familiar with Indian cities, disdain for safety is almost always the norm. In the southern city of Bangalore—known the world over as the Silicon Valley of India—with top-notch global companies and a highly qualified workforce, the apathy of civil authorities towards public safety has to be seen to be believed.

A couple of years ago, a city road was dug up with no sign warning oncoming motorists, and rain had filled the pit with water. A motorcyclist slipped on the road, and fell into the water along with his vehicle. He drowned.

No one was held accountable.

Road dividers are constructed with no signs warning motorists. At nights, on dimly-lit roads accidents happen when they suddenly show up in the headlights of vehicles taking drivers by surprise. Most roads are barely lit, with no visible road signs, and it is common for cars to go through road dividers, motorcycles to ram into medians gravely injuring riders if not killing them. But all these are par for the course. Neither do people get worked up and protest, nor do local governments bother to rectify these mistakes.

It is not as if governments have no money to put in place the necessary road signs that will prevent accidents.

The culprit is apathy, corrupt practices and the cultural inability to appreciate the importance of safety and the effort required to put together the adequate infrastructure to ensure the safety of ordinary people.

Of course, accidents do happen, and more often than not, despite taking the best precautions possible.

What makes Amritsar stand out is it is not the first time something like this has happened.  In 1986, at Thalassery in the southern Indian state of Kerala people were similarly mowed down by a train as they sat on railway tracks watching fireworks. At least 26 died.

In 2012, in another similar accident, three people were run over by a train in Kerala. Despite these tragedies, that the Amritsar accident could happen means lessons have not been learnt. Worse, an Amritsar-type tragedy can occur again as the issue  is bound to die down after the initial hullaballoo.

On paper, safety may be top priority, but that is willfully ignored in practice. For example,  there are hundreds of points across the country where rail tracks and roads intersect. While most have railway gates that shut off the tracks from vehicular traffic, there are many that do not.

In April this year, a minivan was rammed by a train at a rail-road intersection killing the 13 school children inside the vehicle.

While governments have for years routinely stressed they are erecting gates to make the intersections safer, in reality, there is still a long way to go.

According to officials, there are 5700 unmanned intersections. It is not prohibitively expensive to build gates, but again the problem is that officialdom has little regard for ordinary people.

Seen in the context of the overall psyche of neglect, the Amritsar tragedy was therefore no surprise. Scarily, many more easily avoidable accidents are just waiting to happen. 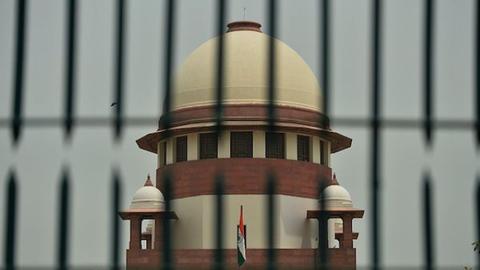