Azerbaijan must seek a solution for Russian troops on its territory

The country should not wait until 2025 to find an exit strategy for Russian peacekeepers in Nagorno-Karabakh.

After 44 days of tough and bloody fighting, Azerbaijan was able to undo almost 30 years of Armenian occupation and liberated much of its internationally recognised territory. Azerbaijan was the clear winner of the second Karabakh War.

Turkey was also a winner in the war because the balance of power in the South Caucasus has shifted away from Moscow and slightly closer to Ankara. For years, many commentators have been suggesting that there is a special rapprochement occurring between Ankara and Moscow.

Conversely, those who are following the situation more closely, and have a better understanding of history, know that Turkey and Russia’s natural state of affairs is often one of competition and conflict. This is playing out in places such as Syria, Libya and even Ukraine. Azerbaijan’s recent success on the battlefield, and Ankara’s support for Baku, is the latest reminder of this.

However, Azerbaijan and Turkey are not the only winners. Russia was a big winner too.

As part of the November 10 peace agreement between Azerbaijan and Armenia brokered by the Kremlin, Russia has deployed a peacekeeping force to parts of Nagorno-Karabakh. The mandate is for an initial five years and can be renewed for another five years. While this force will be relatively small (around 2,000 troops), a military presence in Karabakh is something the Kremlin has wanted since the early 1990s.

Russia considers the South Caucasus to be within its natural sphere of influence. The way Moscow views the situation in the region is that every soldier with boots on the ground enhances the Russian influence there. With Russia’s presence in Nagorno-Karabakh, Moscow now has troops, either by invitation or by occupation, in all three countries of the South Caucasus.

Baku had little choice but to accept the Russian presence if it wanted to end the fighting and restore its international borders — but make no mistake, it only increased Moscow’s influence in the region. This is why Azerbaijan needs to do everything it can now to ensure that once the first five-year mandate expires in 2025, Russian troops are replaced with an unarmed civilian monitoring mission.

This will not be easy, and perhaps it could prove to be impossible, but Azerbaijan must try.

Such a monitoring mission could be based off the existing European Union Monitoring Mission (EUMM) in Georgia, but the mission itself does not need to come from the EU. The EUMM was established soon after the 2008 Russo-Georgian war to monitor the cease-fire agreement. It is a one-sided affair.

Russia does not allow EUMM monitors into the occupied regions of South Ossetia and Abkhazia. Even so, the Georgians are happy to host the EUMM on the territory it controls to prove to the world that it is not the aggressor.

The exact details of such a hypothetical monitoring mission that could someday replace the peacekeeping force is best reserved for future discussions. However, some general proposals and ideas can be considered now to spark a debate.

For example, when Russian peacekeepers withdraw, a monitoring mission could move from the heartland of Nagorno-Karabakh and instead monitor the state border between Armenia and Azerbaijan.  This would likely involve some sort of demilitarised buffer zone along the border.

In a perfect world, the buffer zone would operate on both sides of the state border between Azerbaijan and Armenia. If Armenia refuses to support a monitoring mission then Azerbaijan should agree to host it unilaterally. This will accomplish three things.

Such a monitoring mission could also utilise advanced weapons locating radar systems along the state border for both artillery/mortars and small arms to identify the source of armed aggression. In areas of Nagorno-Karabakh with a sizeable Armenian population, detachments of international observers can be located to monitor the situation on the ground.

While it is never ideal to have any sort of monitoring or peacekeeping mission inside one’s borders, a civilian monitoring mission under these circumstances is far preferable to an armed-to-the-teeth Russian force located in the heart of Karabakh.

The year 2025 might seem a long ways from now, but Azerbaijan can start preparing now. First, Baku should consult with Republic of Georgia on their experiences dealing with the EUMM. What lessons did they learn and can share with Azerbaijan if a similar monitoring mission is established?

Azerbaijan should also start consulting with OSCE, EU, and key national capitals of their member states to start a discussion about the possibility of a monitoring mission. The process of transitioning the Russian peacekeeping force into a civilian monitoring mission could also become the new focus of the OCSE’s Minsk Group.

Inside Europe, Azerbaijan must find a “champion” for this cause. Most likely it will be from Eastern Europe. Baku must also be clear and upfront with Russia that it expects its troops to leave Azerbaijan when the circumstances permit—they cannot stay there forever.

In the meantime, Baku must demonstrate over the next five years, through actions as well as words, that the ethnic Armenians residing inside Azerbaijan can live safely and in peace and have their culture and religion protected. Doing so will help pave the way for the exit of the Russian peacekeepers.

If the presence of Russian “peacekeepers” in places such as Georgia, Ukraine and Moldova is any indication, it is likely that these soldiers are there to stay in Azerbaijan for the foreseeable future.

This is why Azerbaijan must start now to development an exit strategy for Russian peacekeepers and not wait until 2025 when it will be too late. 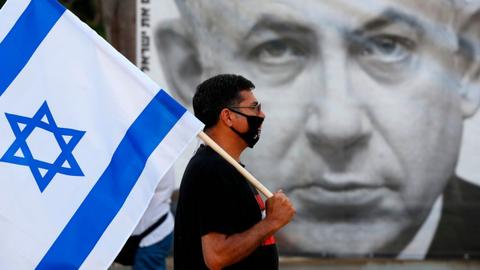