The Saudis are making moves in Afghanistan, courting the Taliban and trying to cement its role as a dealmaker. Will Saudi's vested interests trump its role as a mediator?

Afghan government officials reportedly met with members of the Taliban in Saudi Arabia last week to address security in Afghanistan’s upcoming parliamentary elections and discuss a prisoner release. Saudi Arabia had previously brokered talks between the two sides ten years ago, and appears to be stepping up its involvement in the conflict again as part of a joint US-led effort with the UAE and Afghanistan.

At the same time, another peace effort is underway in Doha, Qatar, where the Taliban’s political commission is based.

In July, US officials conducted face-to-face secret talks in Doha with the Taliban to resolve the 17-year Afghan war. Another round of talks was planned for later this year, but the Taliban refused to agree to US demands for a three-month ceasefire. Then came the meeting in Saudi Arabia.

Riyadh’s concern regarding Afghanistan is driven mainly by the role played there by the kingdom’s two main rivals, Iran and Qatar. Tehran has reportedly formed an alliance with the Taliban, which it sees as a partner against Daesh in Afghanistan.

Qatar, for its part, exerts influence in Afghan politics thanks to the presence of the Taliban office in Doha, where numerous talks have occurred between parties to the conflict.

As part of its current peace moves, Saudi Arabia apparently wishes to split the Taliban and lure away factions hostile to Iran, who might reconcile with the Afghan government and participate in a power-sharing agreement. By increasing its political role in Afghanistan, it might also counter Qatari influence in Afghan politics and mitigate Doha’s diplomatic importance.

Saudi Arabia’s involvement in Afghanistan goes back decades. The Kingdom partnered with the US and Pakistan to oppose the Soviet occupation of Afghanistan in the 1980s.

When the country descended into civil war following the Soviet withdrawal, Riyadh dropped the militants it had previously backed and supported the Taliban. Saudi Arabia, with Pakistan and the UAE, was one of only three countries that recognised the Taliban government.

But, after 9/11, Riyadh severed diplomatic ties with the Taliban and threw its weight behind the new Afghan administration of Hamid Karzai. However, private donations from wealthy Saudis continued to flow to the group.

As Afghanistan became more unstable in the 2000s and Iran’s role there grew, Riyadh also increased its involvement, brokering talks between the Taliban and Afghan government in 2008-2009.

The kingdom has financed a university, mosque and hospitals in Afghanistan, in part to counter Tehran. It formed close ties with President Ghani, who made his first official overseas visit to Riyadh and also signed up to a new Saudi-led counterterrorism alliance, which excludes Qatar and Iran.

Saudi Arabia’s regional competition with Iran also extends to the energy sector. Riyadh is investing in the Turkmenistan-Afghanistan-Pakistan-India gas pipeline (TAPI). Construction of the Afghan section of TAPI commenced in February, 2018.

The pipeline would supply Pakistan and India with gas, potentially eliminating the need for gas imports from Iran, which have long been planned via the delayed Iran-Pakistan-India pipeline.

While much of Riyadh’s interest in Afghanistan relates to Iran, its Gulf rival Qatar is also a factor.

In 2011 Saudi Arabia, the UAE, and Qatar competed to host a political office for the Taliban. Saudi and the Emirates demanded, as a condition of hosting the group, that they renounce Al Qaeda and accept the Afghan constitution. Qatar made no such demands, and the office was opened in Doha in 2013.

Since then, Saudi Arabia’s rivalry with Qatar has intensified, culminating in the severing of all ties in 2017. In a further effort to marginalise Qatar and reduce its influence in Afghanistan, Riyadh urged President Trump to shut down the Taliban office in Doha.

The kingdom’s envoy in Afghanistan has accused Qatar of supporting the Taliban, who he referred to as “armed terrorists”.

This harsh rhetoric is part of an increasingly hostile Saudi attitude to the group. The kingdom has also used coercive tactics to force the Taliban to negotiate. For example, in July the kingdom organized a conference of ulema who denounced the Taliban’s war as un-Islamic and urged peace talks. Saudi Arabia has also increased pressure on its ally Pakistan to reduce its alleged support for terror groups.

Last week’s meeting aside, Riyadh has had little diplomatic success.

Qatar, by contrast, not only won its bid to host the Taliban office, but has brokered numerous rounds of talks. The Taliban apparently despise and distrust Saudi Arabia, which they see as having betrayed them to the Americans after 9/11. Moreover, the group has strained relations with Saudi ally Pakistan, which has arrested dozens of Taliban in recent years.

Riyadh may therefore struggle to play a positive role in negotiations. There is also a danger that Saudi Arabia will exploit any peace process to undermine Iran and Qatar. But a successful resolution to the war in Afghanistan will require a broad multilateral agreement between various countries, including Iran, Russia, Pakistan, and others.

Cooperation, not conflict, is the order of the day.

Given its importance in the Muslim world, Saudi Arabia should be well-placed to facilitate a successful Afghan peace process. Whether it actually does so, is another matter. 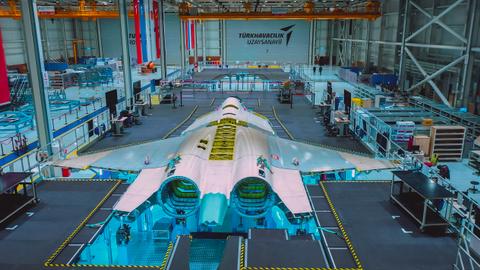