If the Uzbek president wants genuine reform of religious freedoms in the country, he faces a steep uphill battle.

Branding himself a “reformer”, Mirziyoyev visited every Central Asian capital in the first year of his presidency, settled a decades-old border dispute with neighbouring Kyrgyzstan and continued his multi-pronged policy, in which Tashkent adopted a non-committal adaptive foreign policy and tried to balance relations with the US, Russia and China.

What is often left unmentioned is his apparent change in the interaction between state and religion as a parcel of reform and how it promotes the country’s cultural soft power. However, this space is a controversial one, rife with confusion and complication. Present-day Uzbekistan has played a significant role in medieval Islamic history.

The region's cultural and literary blossoming, also known as the “Golden Age”, was a period of cultural flowering during which Central Asia became an intellectual hub for religion, science, and architecture. The well-known intellectuals of that time, such as Bukhara, Tirmidhi, Ibn Sina, Biruni, Khwarizmi, and Ghazali made Central Asia the centre of the intellectual world, contributing significantly to the core civilisations of Europe, the Middle East, and Asia, including China and India.

The Golden Age produced consummate achievements in various fields of crafts and architecture. The stunning multi-columnar minarets of backed brick, diamond-patterned double domes constructed in the 11th Century are now recognised as one of the highest achievements of Islamic art.

However, the Soviet period had far-reaching consequences beyond the apparent authoritarianism it brought to the region. Soviet authorities worked hard to suppress, eradicate and coopt religious institutions, creating space where violent extremism could eventually find a home in the Ferghana valley in the late 1980s.

Amid this complex background in establishing an independent secular state, Tashkent took a substantially harder line against religious influences from abroad.

As the political system was shaped and rooted by the isolationist proclivities of Karimov after the collapse of the Soviet Union, Uzbekistan adopted a more hostile approach to religion.

Religious freedom was restricted and was viewed as dangerous during a time of transition for the national “Uzbek” identity. In 1998, the government passed a law on religion that sharply restricted all forms of religious practices which are not regulated by the state.

In this context, when Uzbekistan’s strongman died in 2016, the religious dimensions of Tashkent evolved in response to the transformed regional outreach of the government.

Understanding the importance of the country's image abroad, Mirziyoyev brought the security apparatus under control and signed a law that made protecting human rights one of its primary missions.

Later, the government removed 95 per cent of individuals registered as “religious radicals”. Beyond steps to encourage public expressions of religion, the new president announced the creation of several institutions aiming at promoting old Islamic values and traditions.

The recent opening of new cultural centres exemplifies the strategy. This includes an Islamic Academy of Uzbekistan, as well as an Islamic Culture Center designed to “fight religious ignorance and promote Islam’s true values”. Mirziyoyev announced the creation of the Imam Bukhari International Scientific Research Center based in Samarkand to study the Golden Age and promote “Enlightened Islam”.

It is essential to highlight that gaining Islamic legitimacy is intimately tied to domestic security and control over the public sphere. Within the region, he has been actively prioritising the country’s distinctive tradition of “moderate” Hanafi Islam, by fully embracing the Great Age of Enlightenment.

More recently he promoted the construction of small roadside mosques and encouraged competitions for Quranic recitation. By pushing a distinctive “brand” of Islam as a part of the cultural diplomacy that accompanies the government's broader international efforts, cities such as Bukhara and Samarkand seeing their soft-power capital rise.

Moreover, Uzbek officials issued a clear message toward developing the country’s image and making the tourism sector capable of achieving economic growth while uplifting the brand image of the country. The visa requirements for nationals from eighteen countries were lifted, an e-visa option was provided, and a sudden stream of international travel bloggers began promoting Uzbekistan.

The emphasis on the tourism sector, therefore, aligns with Mirziyoyev’s reform agenda: using Islam as the cultural background for statecraft and foreign policy. He hopes to create a model for a new Muslim Central Asia. By embracing these values and giving it a contemporary institutional identity,  the country’s leadership is confidently presenting an Uzbek model of Islam through its colourful and vibrant architecture, mosques and heritage.

Is Uzbekistan is heading towards genuine reform or are the reforms just an illusion?

At first glance, it seems like Mirziyoyev indeed can be called a reformer. However, part of the more significant challenge that Mirziyoyev faces is Uzbekistan’s elite network, mostly divided along familial and regional lines, especially the late Karimov’s 'anti-religious' inner circle.

The elite dynamics dictate that clans often mobilise to protect their interests and direct Uzbekistan’s political environment. As long as members of Karimov’s inner circle continue to have a say within the country, any radical religious reforms that would set the country on a different path would make real reformation a nightmare for any leader. 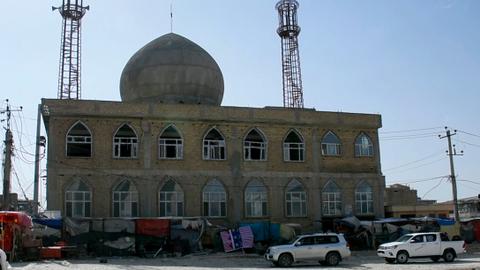